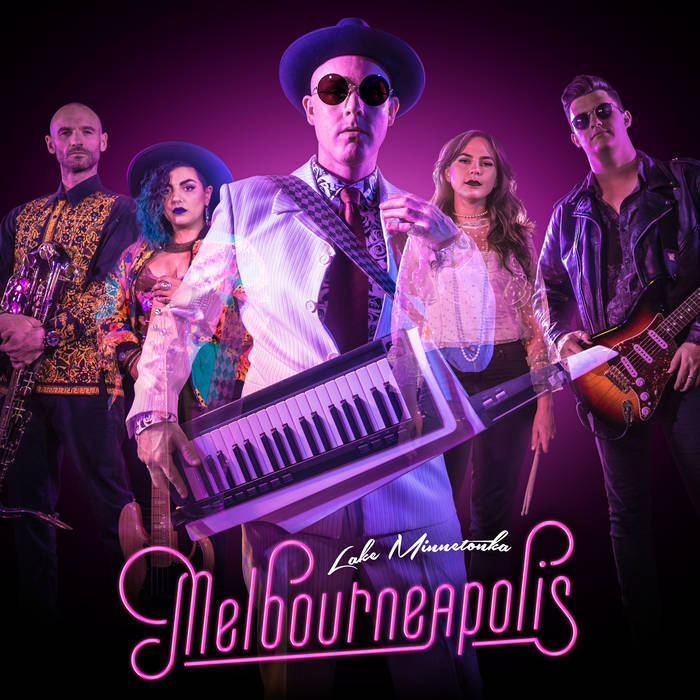 It’s pretty obvious that Prince was well loved all over the planet, so it’s not a surprise that his musical influence is felt everywhere. Many bands have blossomed from that influence, but very rarely do you see a project where it could be categorized as unadulterated Prince worship. Australian band Lake Minnetonka is that band.

They put together their album entitled Melbourneapolis which obviously merges Melbourne and Minneapolis. And if you’re a fan of the mid-late 80’s era of Prince, this album is definitely for you. Filled with plenty of funky instrumentals that riff on that MPLS sound, horn stabs, synthesizers, and bouncy poppin’ bass lines.

But what sets this over the top and adds a healthy dosage of legitimacy is the guest spots on the album which include St. Paul Peterson, Eric Leeds, Dr. Fink, Sonny T, and even Peter Janjic who has been doing drum work playing with FDeluxe (aka The Family), The Hornheadz and many others. The end result is a really nice collection of new funky tunes in the style of Madhouse that will probably easily find itself on the best funk albums of 2018 next January.

There are enough oddities in the mix to add some mystery to the vibe including the opening off kilter Philly Cheese String or the bizarre deep chime bells, back-masked sound effects and moaning of Enamoured (like a re-imagining of the cassette tape that was playing in Prince‘s bedroom during Purple Rain).

Meanwhile, the aforementioned Prince-ly guests are not just sporadic. They are strategically layered across this entire album such as the 2nd track Clipnosis which features Dr. Fink, Peter Janjic, Eric Leeds and Sonny Thompson, Out There Bout There with Eric Leeds, Dr. Fink & Sonny T,  4AM Bunker Funk with St. Paul Peterson who also is featured on Rare Love with Shannen Wick from the Aussie soul band Fulton Street.

Oddly enough, there aren’t really any misses here, especially when the songs seem so stretched as if they’re trying to cover the full range of Prince‘s musical career styles. That being the case, we can confidently award this new release Melbourneapolis with our highly regarded 5 out of 5 afros. You had us at Lake Minnetonka.