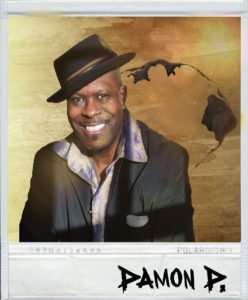 Some first came to know of Tony M and Damon D as they danced during Purple Rain through The Time‘s Jungle Love and The Bird on the balcony of the famed First Avenue.  But since they were shrouded in lights and afforded only silhouettes, most wouldn’t know them until Tony M was rapping at spitfire pace during Prince‘s Love Symbol album or on  Diamond and Pearls and as both Damon and Tony would grace the recordings of many a NPG album and end up part of Prince history.

Listen in as Funkatopia‘s Mr. Christopher interviews Damon D as he tells the story of landing that fateful Purple Rain appearance and Prince’s quest for perfection. Then later joined by Tony M as they both share Prince stories and discuss the impending NPG reunion shows and how they feel about being categorized as a tribute band.