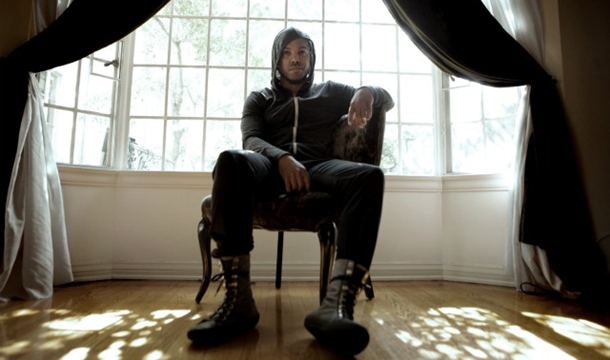 We’ve always loved Van Hunt here at Funkatopia, but he’s a tough person to decipher musically. He was already writing songs like Hopeless for Dionne Farris (from Arrested Development), which also got placed on the Love Jones soundtrack. He wrote quite a bit of music for Rahsaan Patterson for his Love In Stereo album and then in walked American Idol judge Randy Jackson who became Van’s manager to push him to the next level.

That led to Dallas Austin taking his collection of songs into Capitol Records and a resulting record deal which brought us his debut self titled album which was an R&B/neo-soul masterpiece when neo-soul was actually a thing. It gave us amazing tracks like Dust, Down Here In Hell (With You), Her December and Seconds Of Pleasure. Songs that still stand the test of time even to this day. It even got him a Grammy nomination for Best Urban/Alternative Performance. 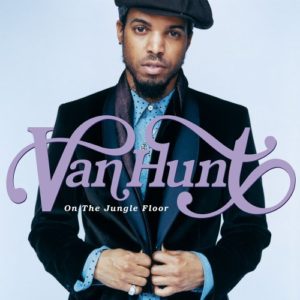 Then in 2006, his next album On The Jungle Floor broke a lot of ground and got him opening slots with tons of acts like The Roots, The Brand New Heavies, Kanye West, Alicia Keys, Mary J. Blige, and even Dave Matthews Band. A year later he would win his first Grammy by joining vocal forces with John Legend and Joss Stone for the remake of Sly Stone‘s Family Affair. And many artists would probably skyrocket into the ether from that amazing launching pad. Then Blue Note records happened.

Van Hunt got shuffled to Blue Note by parent company EMI which didn’t seem too far of a stretch.  At his new label, Van had created a literal masterpiece called Popular which was a breathtaking followup to the fantastic On The Jungle Floor.  This was a progression from that offering and a perfect album to showcase his musical direction and growth as an artist. Then the unthinkable happened when Blue Note decided to shelve the completed album which proved a devastating blow to Van Hunt which would send him into a strange musical spiral.

While we at Funkatopia had already heard the album even though it had been shelved, we knew it was pure magic and were distraught because we knew, having met Van several times, that this album would have put him up on the pedestal where he deserved to be.

The following years would bring sporadic releases of bits and pieces in the form of an album called Use In Case Of Emergency which included various outtakes and mixes. A release that caused some concerns with his fans that his creative bones got broken in the aftermath of Blue Note. Many wondered if he was just holding out for Blue Note to change their mind on Popular or if he simply were so upset that he couldn’t get the mojo going again. 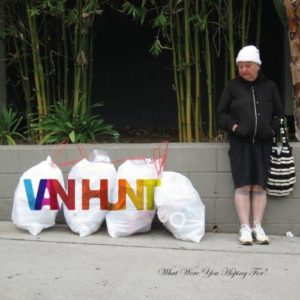 Four to five years later he finally put out a new album entitled What Were You Hoping For? that was preceded by a debut track called June that finally gave people hope that he would be back in full form. It was so full of energy and bizarre song structures that seemed to change direction on a dime. It was as if his skull was pulled back and his full force creative flow was just pouring out raw and unfiltered.

Then he took it a step further a few years later with a fan funded album The Fun Rises, The Fun Sets which was more of the prior album, but a little more subdued in raucousness. But still unhinged.

The primary issue with those two albums was that the fans in the general public didn’t get the transition from what they heard from On The Jungle Floor to where he was now which seemed to be in a mode where he wanted to create music that no one had created before. It was so avant garde and far removed from the funky soulful structure of Jungle Floor, that it simply didn’t get the love that he had spent so much time building up. Even though in all fairness, Fun Rises did manage to find its way to position 31 on the US Billboard Top R&B/Hip Hop charts.

Van Hunt never let go of the hope that Blue Note would finally allow his Popular album to be released and his wish was finally granted this year when Blue Note agreed to release the finished album on August 11.

Van shared with Billboard, “I’ve cried three times in the last 10 years. And none of those were when I was told that ‘Popular’ wouldn’t be released. I cried whenever I felt justified for making that record. In the face of a churning reality, it took one online comment from a listener, and two emails from Blue Note — one with a release date, and one with the album’s press release — to let me know I wasn’t crazy for hanging on all this time.” 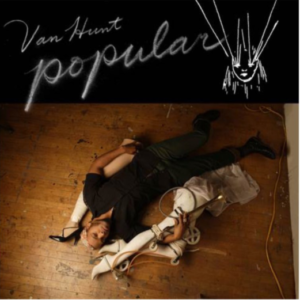 Here’s what we can say about Popular. It is magical perfection. This album has some of the best songwriting that we have ever heard since the prowess of a 1970’s Stevie Wonder. The production, the chord changes, the imagination, the flow, the lyricism, and a true continuation to what people most likely expected coming off of On The Jungle Floor. It is the perfect follow up in the hierarchy of when they were created.

The biggest question that many fans have been asking though is to try and understand where things might go next. Will he continue in the musical direction where Popular left off? The obvious answer would seemingly be “No.” since this is a step backwards in time and he has progressed to a very different level. But at the same time, Van has admittedly held a torch for this album which begs to question where his mindset is currently. Does this put him back on track or is he on a totally different track now.

The best thing we can hope for the next album is a blend of the two worlds of future and present. An album with good solid (and consistent) song builds that aren’t as chaotic, but that still showcase his genius in more digestible songs.

But for now, the public FINALLY gets to hear one of the best albums Van Hunt ever created. It blends a pure bright spotlight on his incredible songwriting, perfectly blending in powerful pastel colors, and a vast amount of stark surprising elements.

Shockinglyrical moments like The Lowest 1 Of My Desires, funky riffs like the opening tongue in cheek Turn My TV On, nice switch ups with snare shuffle steps like Ur Personal Army, and the two part masterpiece that is Ur A Monster. But most importantly, not a weak song in the mix.

It was easily one of our favorite Van Hunt albums when we heard it originally and we are more than ecstatic that the frustration is finally over and that the travesty of its silence is now not so deafening. PLEASE check this album out. We’ve said it a few times already. It’s magic.