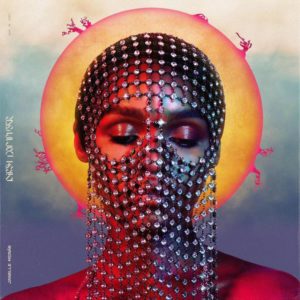 The excitement came to a big stir when Prince‘s DJ Lenka Paris revealed that the running keyboard bass riff for Janelle Monáe‘s new song Make Me Feel had been created by Prince. Paris mentioned on her Facebook page that Prince had asked that she play a track that he had composed during her DJ set and then more than 2 years later, that riff resurfaced in the form of Janelle‘s new single. “As soon as the synth came in, I said ‘Oh, shit! That’s it. He gave it to her.”

Janelle confirmed his activity with the album in an interview with BBC Radio 1 stating, “Prince actually was working on the album with me before he passed on to another frequency, and helped me come up with sounds. I really miss him, it’s hard for me to talk about him.” But even up to now, his level of involvement is unknown, including the complete omission of his name from any credits. Maybe she’ll come on the show and tell us. 😉

April 27th finally saw the release of those efforts in the form of her 3rd album Dirty Computer, but how Prince-ly is it? That part doesn’t really matter in the scheme of things. The real question is how Monáe-ish is it? And the answer to that question is very very.

Dirty Computer picks up the theme motif where The Electric Lady broke ground. But that’s about where the similarities stop.Dirty Computer is a compilation of songs surrounded by the thematic bubble of finally coming out from behind her Cindi Mayweather Android persona for the first time and sharing very personal stories. Well, more personal than she’s normally bared to the public in the past. 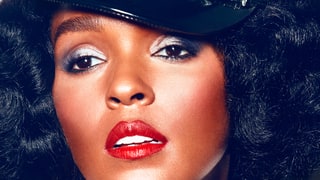 So let’s talk about the album a little. The shocks come quick with an opening title track with, of all people, The Beach Boys‘ Brian Wilson who brings his signature vocal harmonies to backdrop Jannelle‘s slow swaying voice as she reminds people that if you look closely she is very simply a dirty computer filled with bugs, just like all of us.

This is followed by Crazy, Classic, Life that speaks to the racial perspectives of America and how she simply wants a crazy, classic, life. But instead, she’s profiled and forced to watch everyone else live normal lives. A theme that she revisits at the closing track called Americans, but from a swiveled country-focused visual.

The pieces in between are filled with tracks that could easily find themselves onto the airwaves, but the relationship with Janelle Monáe and the radio stations has always been contentious for no reason whatsoever with exception to her duets where she joins forces with bands like fun. like 2011’s We Are Young.

There isn’t any reason why songs on this album couldn’t find placement on the airwaves. A few examples would be Screwed (with Zoe Kravitz) showcasing a sing-along chorus “Let’s get screwed!“, Django Jane with its bump drop strip club flow, or even the Prince christened Make Me Feel.  But why the stations keep ignoring Janelle seems to go beyond just her music. It seems that the whole genre is glaringly omitted (The Internet, Erykah Badu, Jill Scott, etc.), but that’s another post altogether.

In the meantime, Janelle has put out a fantastic offering for fans that has just enough elements of pop, funk, and her trademark otherworldly weirdness. So basically, enough to keep everyone happy.