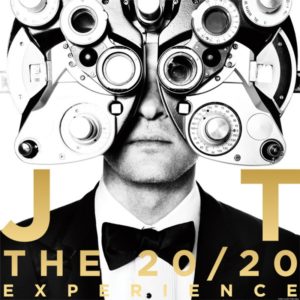 Review of Justin Timberlake’s first installment of the 20/20 Experience. Yes, there will be two of them.

Justin Timberlake is all over the map including singer, actor, sponsor, producer, guest vocalist and he’s pretty amazing at all of them. However, his prowess as a vocalist takes precedence over all of his abilities and he showcases just how bad-ass he is on his new album The 20/20 Experience. The biggest mistake is to think the album is compete since Justin Timberlake just confirmed today that this is only Part 1 with a 2nd installation coming out in November.

Fans of his last two albums who are expecting a continuation of sorts from Futuresex/Lovesounds or Justified will be screaming foul. Those fans may also forget that it’s been 7 years since his last album and much has changed as is immediately relevant with the opening Pusher Love Girl which starts with a string section and eventually ends with a more sporadic breakdown over 7 minutes later.

Speaking of which, every song on the 10 song album clocks in at over 7 minutes with the remaining two clocking in around 5 minutes which puts the album length at over an hour. Most all of the album are mid-tempo grooves that are designed for laid back listening but just sharpened enough to be dance-able. This is his romantic sex album.

The first released track Suit & Tie (featuring Jay Z) has already seen more airplay on the radio in the past month than Prince has had in the last decade for all of his songs combined. Technically, only the song Spaceship Coupe is the slow jam of the album complete with lustful female moaning that’s immediately washed away with the tune That Girl with its Motown Temptations feel.

The only songs on the album that could even qualify as a dance song that would even have a shot to survive for any length of time in a club is the Miami meets Rio flowing sounds of Let The Groove In where you can practically picture the shaking feathers, short skirts, flamboyant stilt walkers and a lot of drifting confetti. 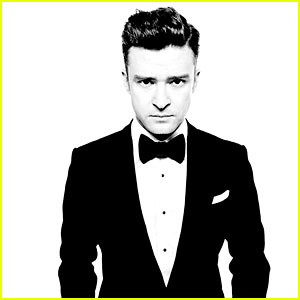 Justin’s vocals are in peak performance and the production value is on high. The marketing is his true brain child as he announced the albums release a mere 2 months in advance while the world suckled on Suit & Tie while they waited. Followed by a week long appearance on Jimmy Fallon (complete with a History of Rap Part 4) and then topped off with a release on the streaming services like Mog and Spotify on the same day it physically hit the shelves which is highly unusual.

None of the songs jump off of the album…yet. This album is filled with songs that you know are going to grow on you and become a part of the pop thread of radio for the next year or more to come, so you might as well get ready for the ride. And truly there is joy in repetition here that is begging to be overplayed.

As mentioned, most of the album is a medium laid back groove that follows cadence with what Suit & Tie started. The aspect of this album that most people miss is that it’s this way by design. It’s not supposed to be a club romp like his previous efforts. This is a grown folks album and a damn good one. But guaranteed it’s not what most people were expecting and even if you thought you had a good idea when he introduced his orchestra that he calls The Tennessee Kids.

The primary standouts on this album are Suit & Tie which you’ve already heard a few hundred times, the aforementioned Let The Groove In and the closing Blue Ocean Floor which is a truly beautiful ambient track that is dreadfully easy to get sucked into and lost in.

If you’re a funk fan with your toes dipped in the jazz future soul sound pool, then take off your clothes and hop in because the water is amazingly fine. While we reserve the 5 afro ratings for amazing funk classics (with some exceptions), this album gets about the highest rating we can give it without sacrificing our funk cred.

Likewise, if you like pop grooves with jazz inflections, this is the album you’ve wanted. Just get it and stop acting like you don’t like it.

And remember, this is only the first half of the album so there’s a second coming before 2013 is even out which Justin revealed to Ryan Seacrest on E!.