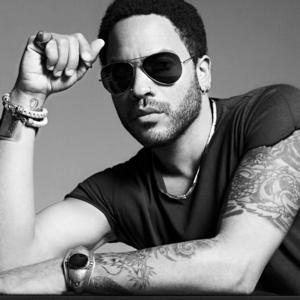 from Lenny Kravitz seems like a culmination of raw rock and funk thrown into a blender.

The 12 track album (14 if you got the Bonus versions) is a collection of tunes that are rough and unfiltered. Gone are the squeaky clean production vibes of Circus

or even his album 5

The two opening tracks of Sex and The Chamber sound like 80’s outtakes filled with the same glam-slam 80’s feel of lyrical delivery. The album literally sounds like it was a lost album from that generation. And that vibe raises its head frequently on this release to the point where it almost seems intentional.

There seems to be a much more forward sexuality and dirty feel that we just saw glimpses of in the past, but are full on hardcore man skinny jeans from front to back. There are no mixed messages here. Once you get past the time warp, Kravitz gets right back into raw rock stomps a la Fly Away with Dirty White Boots leading the way with its grungy lyrics (“take your knickers down and give me that treasure“). Boots is the leader of the string of songs that fill the rest of the album with horny song lyrics and very few exceptions.

Two songs in particular on the album will definitely find a home in the ASCAP search results are the tracks New York City which could be the Big Apples’s next anthem and Happy Birthday, which is sure to assault CD and MP3 players at a party near you.

Among the standouts are the title track Strut, Frankenstein (which sounds like the bastard son of Let Love Rule‘s Freedom Train), the Black Crowes sounding She’s a Beast, and the cover track of The Miracles‘ Ooh Baby Baby which updates the tune with grittier instrumentation, but apparently dared not change much more.

And then there’s the bonus tracks which bring the most value to the album in our opinion. The awesome guitar riffed Sweet Gitchey Rose with heavy Led Zeppelin influences, and the grunge boppy Cant Stop Thinking Bout You.

So where does that leave us in totality with our feelings on this album? This is difficult. We are huge Lenny Kravitz fans. I stood huddled with 50-100 other people at The Cotton Club in Atlanta in the early 90’s during his Let Love Rule tour when the man next to me leaned over and said, “You will never see him in a club this small again.”. And I agreed. It seemed that on every album Lenny reinvented himself and while there were flashes of brilliance with every release, there was always a level of consistency in the quality. This derails this trend and seems downright different in an unsettling way. We just can’t put our finger on what it is.

There are some great moments on Strut including the title track, Dirty White Boots, Frankenstein, and Sweet Gitchey Rose. But all of which are painfully on par with what you expect from Lenny at the bare minimum. Like continuations of the flash bangs of Are you Gonna Go My Way, and the raw Mr. Cab Driver sparks that keep flying this way and that.

His talent and delivery are intense, but there’s something here that seems like we’re looking at a puzzle that had some pieces left out. Maybe it’s one of those albums that insist on multiple listens to truly embrace what’s happening and maybe those awkward feelings are the subconscious identifying great songs.

But for now, we have to give it 3 out of 5 afros until we can wrap out heads around what he’s doing to our psyche and sensibilities. Pick up Strut

where ever you buy tunes.