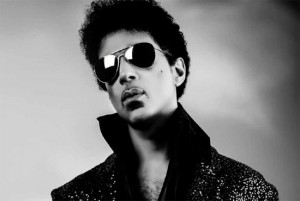 Prince is apparently prepping for a World Tour according to the folks at Dr. Funkenberry who have received a lot of coverage and traffic lately thanks to a mention from Prince in Billboard magazine‘s cover article about the Purple Pariah. Funkenberry unveiled the info about the tour during a Spreecast video with Seth Everett and Bobby Z (ex-Prince and the Revolution drummer) where he announced that Prince was planning a world tour, but didn’t divulge his sources.

Even though no official word has been released from Prince‘s camp, Prince has been keeping very busy as of late by launching two new websites. One initially showed videos and clips that have since been taken down and replaced with a page that simply says coming soon. It’s supposedly set to be his official website at http://www.20pr1nc3.com and was announced by Prince himself in the aforementioned Billboard magazine coverage.

The second site is headed up by a mysterious person named 3rd Eye Girl who has been pushing a lot of photos via Twitter under the username @3rdeyegirl. The website located at http://3rdeyegirl.com/ is now serving as a download site of sorts offering two versions of the new Prince song entitled Screwdriver, a new single called Breakfast Can Wait and a remix of the single released last quarter entitled Rock N Roll Love Affair. Each track is only 88 cents, but is already abuzz in the Prince-ly universe of things to come. It’s obviously ordained as it has yet to be taken down by the ever-present Controversy Music, which led many to believe that it is indeed Prince himself masquerading under the guise of a 3 girl group called 3rd Eye Girl which can also be seen in various video clips performing in Screwdriver.

The 3rd Eye Girl Twitter posts have also “leaked” a few soundboard recordings of last month’s Minneapolis shows called Dakota 1 and Chapter and Verse, songs from an artist named Ana Moura, and a bootleg recording of Eye Could Never Take The Place Of Your Man. Not to mention other odd bits including a mini drum solo of Ronald Bruner Jr (simply entitled RBJ) who is an insanely talented jazz drummer that has played with Marcus Miller, Tribal Tech, Stanley Clark, and many more including, it appears, Prince.

Prince is also planning on making an appearance on the Grammy‘s coming up this Sunday February 10th, but nothing has been divulged as to the level of involvement that his presence will bring.

The URL chosen by Prince that highlights 2013 (20pr1nc3.com) supports Funkenberry‘s claim and Prince‘s as well that 2013 is going to be a massive year for Prince fans including ourselves that have been waiting excessively long to start seeing more live shows with his royal badness. For now, enjoy the clips and whatnot because apparently there’s a bunch more coming.

Eye Could Never Take The Place Of Your Man