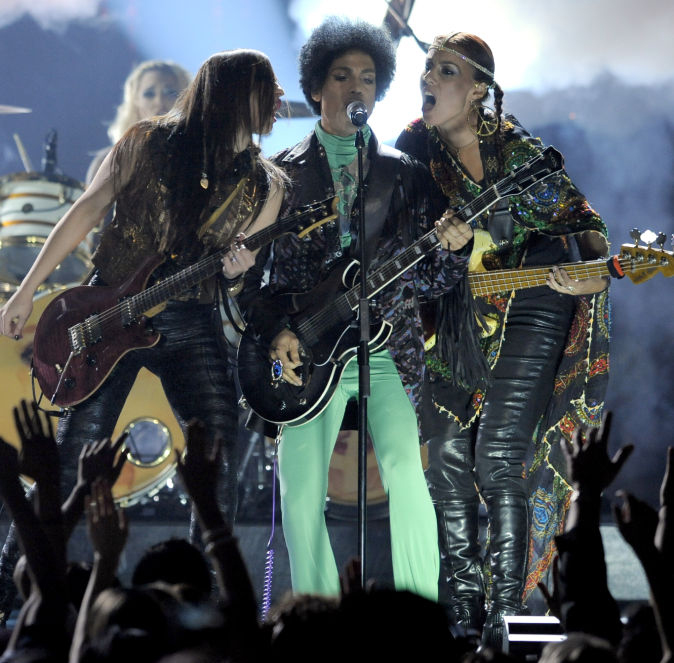 Prince has turned into a machine of sorts over the past year or two and is creating more buzz than a hive of angry bees. Prince fans thought they had an awesome 2013?  Well just wait for 2014.

2013 saw Prince doling out a handful of strategic appearances across the globe including Portugal, Curacao, Amsterdam, Denmark, Sweden, and also some U.S. shows in Colorado, Las Vegas, Anaheim, Portland and others including head scratchers like Uncasville, Connecticut. Plus he also put on shows and even pajama parties at his Paisley Park Studio in Minneapolis.

2014 looks to be promising as well, now that various sources have Prince planning for a long stint in the United Kingdom although no dates or venues have been announced. About the only show that has been announced is an appearance in New Orleans for the Essence Music Festival’s 20th Anniversary. But the primary source of all things Prince being Dr. Funkenberry has hinted off and on via Spreecast chats and posts that we can expect to see a bunch more similar to 2013’s schedule and that we’ve only seen the tip of the iceberg.

All of Prince‘s shows have met with incredible reviews and that is not surprising since all on staff agree that here is no experience close to seeing Prince live (including Funkatopia founder Mr. Christopher who has seen Prince 27 times and counting).  Prince‘s level of showmanship and masterful guitar work has proven that it can easily stand on its own, but when you add 3 amazing rock artists to the mix (drummer Hannah Ford, guitarist Donna Gratis, and bassist Ida Nielsen), it quickly becomes a hard driving show that destroys any negative preconceived notion you may have had and leaves you altogether winded and spent.

Along with concerts, Prince and his all girl phenom 3rd Eye Girl will be releasing a new album called Plectrum Electrum slated to hit very soon. And then there are TV appearances such as the rumored appearance on Arsenio Hall‘s late night show, and the confirmed appearance on the TV show New Girl featuring Zooey Deschanel that will be on after the Superbowl. Prince supposedly contacted the show directly since he was such a fan.

And if all that wasn’t enough, he also has his hands in a lot of side projects in some form or fashion working with various acts like Janelle Monaé, KING, Esperanza Spalding, Liv Warfield, Shelby J and tons more.

Even with all of that going on, radio stations still refuse to play any of his new material even though he’s consistently selling out arenas around the world. Needless to say, it makes not a hair of concern for Prince or his fans, since they’ve gotten used to the top 40 snubs of the past 2 decades. And luckily it hasn’t phased or slowed down His Purple Highness in the least as 2014 looks to be a year where the world just may be forced to take notice. And we’re totally okay with that.

Oh and be sure to bookmark our new Prince concert page that features his videos, Prince news, and concert dates (confirmed, rumored, and also Prince related bands).