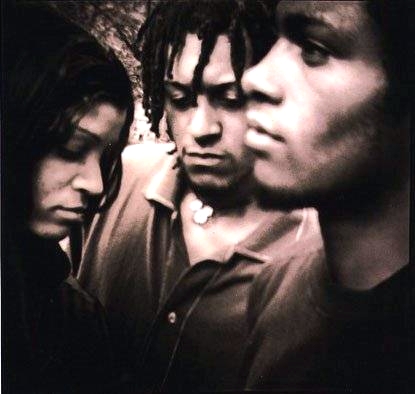 And if the news doesn’t quit coming, it looks like 2012 is shaping up to be the year or “can it be?” reunions. The latest of which is the hip hop jazz group Digable Planets which plans a confirmed reunion in 2012 as well as an unconfirmed accompanying album.

Ladybug Mecca will not be part of the group, but the other members Doodlebug and Butterfly will be. They’ll simply utilize other female artists they’ve worked with to fill that missing piece.

Doodlebug and Butterfly have toured across the U.S., Canada, and Europe playing with live bands. Doodlebug’s project is called the Cosmic Funk Orchestra, and Butterfly has seen major success with his project Shabazz Palaces.  Now the two look to join forces as Digable Planets again, but it’s not completely groundbreaking since they have made live appearances recently with Pharcyde, and also back in 2010 in Houston.  Regardless, it’s now becoming more official.

Digable Planets last album was released back in 1994 with the cult classic Blowout Comb and the year before that in 1983 with their certified Gold album Reachin’ (A New Refutation Of Time and Space) which featured the classic song Rebirth of Slick (Cool Like Dat).

Digable Planets have earned a place in the echelon of this style of hip hop along with the Funkatopia favorites The Roots, and a Tribe Called Quest. The latter of which is also supposedly in talks about a reunion due to the increased interest in the band due to their documentary Beats, Rhymes and Life.  Ok.  We’ll take responsibility for that rumor, so when it comes true, you’ll know who to blame.

We are all aflutter awaiting more details and when we get it, you’ll get it. As always.