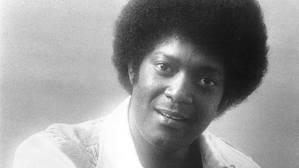 The man with the silky smooth voice that brought us the beautiful Drift Away has died today.  Dobie Gray passed away at the young age of 71.  Many superstar artists have recorded the song including Roy Orbison, Rod Stewart, Waylon Jennings, Ray Charles and Michael Bolton. But the most successful of the lot, surprisingly enough, was Detroit rocker Uncle Kracker that re-released the song in 2003 and hit #9 on the charts.

Uncle Kracker tweeted yesterday, “My heart goes out to Dobie’s family this evening. RIP Dobie Gray. Thank you for the music. You will not be forgotten.”  Yes, indeed. Thank you Mr. Gray.

In honor of his passing, we ask that you view this video. No giggling allowed though. We know this is a solemn moment, but those of us who lived through this time period can’t help but giggle.  God bless Mr. Gray’s friends and family.