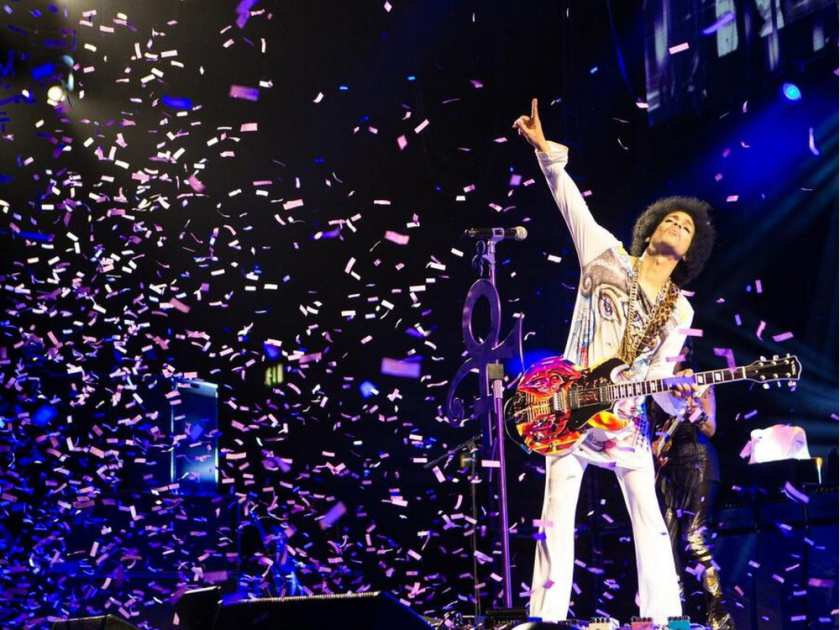 After Prince‘s passing, many people reflected on how Prince touched their lives and in many ways Spencer Derry had a lot to be very thankful for.

Funkatopia sat down with Spencer Derry to get the full story on the email that would forever change his life.

How long have you been a professional artist?

How did Prince come to find you and hire your services?

I was showcasing my Prince art from my pseudonym Twitter account 3rdeyeboy, since January 2013. The band members saw my art in 2013-14, when I posted illustrations and concert posters that I had created. A handful of them were uploaded  or shared by 3rdeyegirl members. I received an email from Paisley Park in April 2014 where Prince had seen my Twitter account and I was the first artist to create a 3rdeye art illustration of Prince that I created it on 7th Jan 2013 and it was my profile image until April 2014.

How involved was Prince in the development process?

I received emails from his assistants relating to my art.  Prince wanted certain artworks that he had seen via email or internet, so I would email illustrations to the team and Prince would decide which ones worked.

Did he have a general idea of what he wanted or did he give you freedom to do what you wanted?

I would say there was about 99% total freedom as I created the art and then emailed it over.  If they liked it, I would receive a reply. The main request I received from Prince was the 3rdeyelens drawing. Prince asked for an afro rather than straight hair- my rough original was created in early 2013, so I had to recreate a second version in April 2014.

Did you ever speak to Prince directly on the phone or was everything pretty much email?

Everything was through email.

You like to focus a lot of eroticism in your art. Do you feel like that experience translated well into creating the pieces he commissioned you for?

Was there something specific that he indicated he liked about your work or style?

I think he liked my work because he thought the style was striking and original.  I could tune into what Prince wanted through a sixth sense process.

How stressful was it to know that you were creating drawings for Prince?

I was ill the first time I had to create an art commission! I had one day to create it, I think that was stressful; I must have completed three versions until I decided which one worked best. After that I wasn’t stressed as I saw the work as a professional task for a client.

Have you been out in public and seen your work on shirts or other merchandise and how did you feel about it?

I’ve never seen anyone wearing merchandise with the art I created upfront in public, but I saw photos of fans wearing Free Urself and the original 3rdeye Prince shirt on the Internet. I was happy with how the T-shirts looked.  It would have been good to see Prince wearing my artwork on the last ever UK HITNRUN Part II Arena Tour in 2014 but I was ill so didn’t go.

Where were you the first time you saw Prince wearing a shirt with your artwork on it and what thoughts were going through your head?

I was at my desk, I thought I wouldn’t go on the computer until midday.  I knew Prince had just played his first concert arena on 15th May 2014 at Birmingham, LG Arena. I had a vision the night before- a clear image in my mind of Prince walking on stage with my artwork on his tunic.  I was taken aback when I saw the photo highlights from the concert on my alias account. My wife was proud of my achievement, I was amazed.

Have sales of your artwork increased as a result of your involvement with Prince? 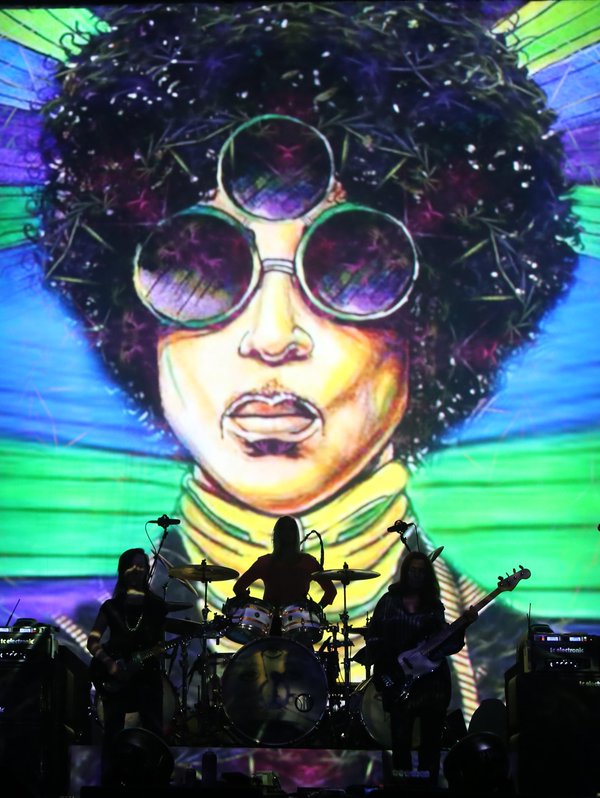 Where were you when you heard about his death and how did it make you feel?

I was finishing my art for the day, my wife got a text from a friend.  I felt stunned and nostalgic.

Are cool/funny stories relating to Prince that you can share? Like any one-on-one conversations, specific requests he made to changing the artwork that made you scratch your head, etc?

I had drawn an illustration of Prince with Wendy and Lisa in January 2013 and I remember posting it that day on social media.  Prince was playing a concert at Dakota Jazz Club that night. A fan tweeted me and said, “It’s Windy and Lisa”.  The next day I heard the soundboard of the track ‘Chapter and Verse’  and Prince said “It’s Windy outside, it’s Windy and Lisa outside” and the crowd laughed.

I stopped the 3rdeyeboy, Twitter and FB accounts because I was burnt out after three years of posting news, art and also because some fans thought I was Prince – I received naked photographs from female fans, which I didn’t mind but my wife saw these and told me to stop.

And if there are any links to galleries, books or merchandise you can share for fans who want to know more about your work? 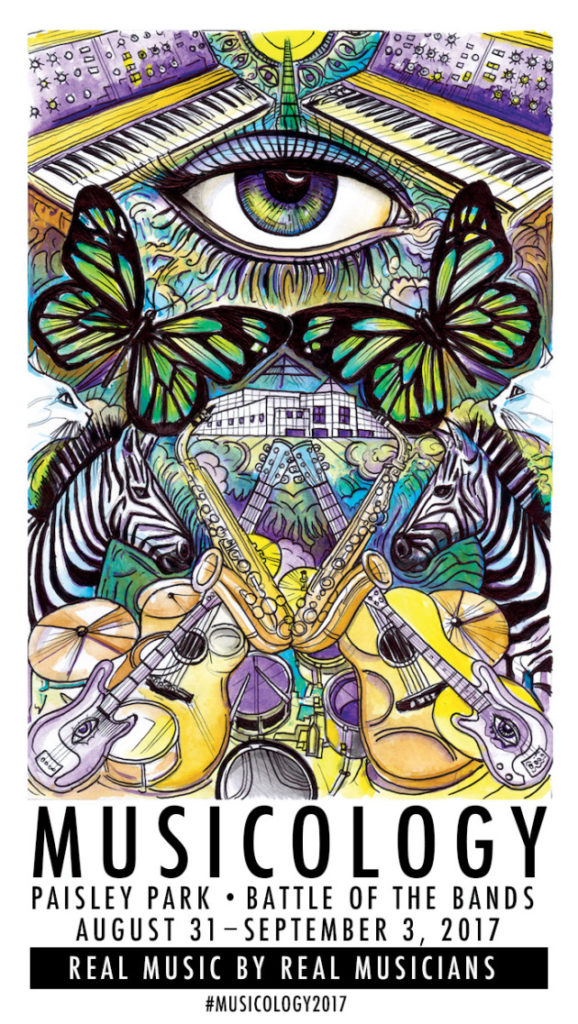