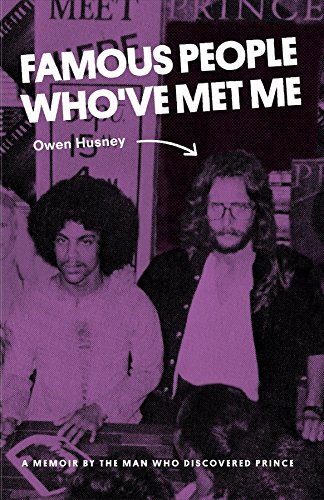 There are many people who can say they worked with Prince, but only 2 that can say that they discovered and launched the career of Prince and that honor belongs to Chris Moon and Owen Husney. Chris Moon brought Prince‘s demo tape to Owen Husney and the rest is music history.

Mr. Christopher and Nicky T sat down with Owen Husney on the eve before the 40th anniversary of Prince‘s debut album For You to discuss where it all started and the stories in between in addition to discussing his brand new book Famous People Who’ve Met Me.