Yeah, this concert is over, but you can still read this anyway.

We’re not sure how long this show has been on the books, but there was no advertising done via LiveNation, Ticketmaster or any of the radio station websites that support R&B in the Atlanta area. We can only hope that we get the word out to you in enough time for you to attend. And of course, Funkatopia will be trying to get in the door for you to get photos and maybe even an interview with Bilal for those not in the Atlanta area. Of which there are many thousands of you.

You can find out more information on the 595 North club here at http://www.595north.com and acquire tickets to the show via EventBrite here at http://bilal_595northatl-eorg.eventbrite.com/. Tickets are only $20 for general admission and $35 for reserved seating. As of today, the general admission seats aren’t publicly available yet, but stay tuned if that’s what you’re looking for. 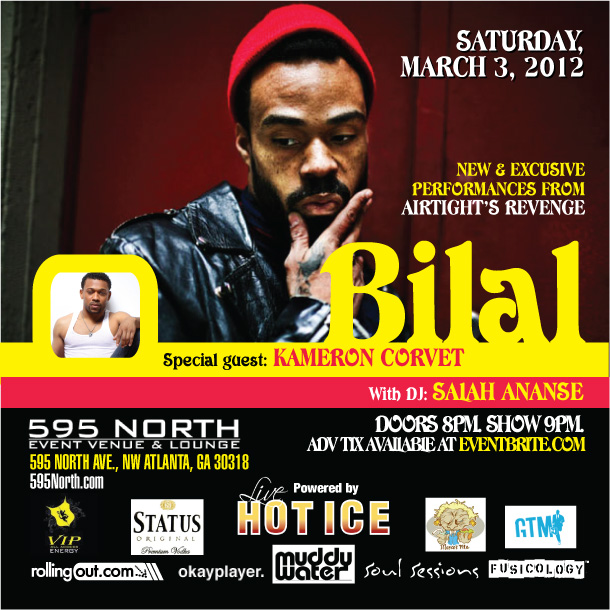