A lot of people that are true lovers of funk have a hard time locating good new funk music here in the states. Most of the newer funk music is originating from overseas in France, Japan and Europe in the form of bands like Jamiroquai that pop on the charts briefly in the states and then disappear entirely. American based funk bands are relegated to an underground scene with even Canadian bands like Five Alarm Funk attempting to join forces to break through. Even if an American funk band finds some notoriety like Galactic, or Trombone Shorty, it’s normally alternately labeled as anything but just “funk”. 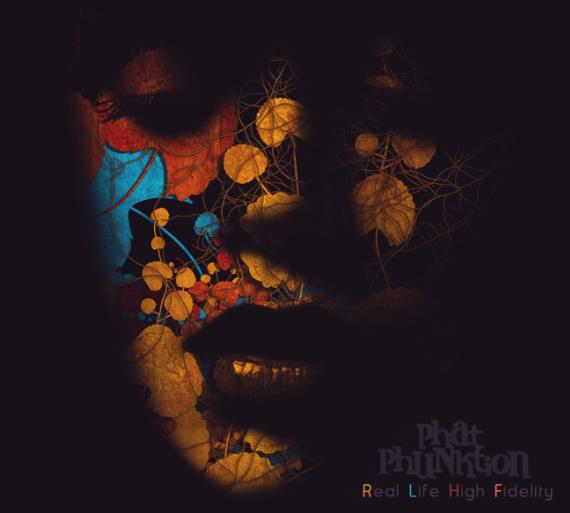 We were pleased to get a hold of an early copy of Phat Phunktion‘s new album Real Life.:.High Fidelity which looks to be yet another great band with nice layered funk sensibilities that seems to be fighting off those labels. The album starts off with a full sounding You Want It All that hearkens back to the days of Serpentine Fire with powerful rounded out horn section and hopping riffs. The album then dramatically changes paths to a Supertramp meets Michael McDonald sounding Eyes of Mine followed by the track With You that draws from heavy Steely Dan jazz influences.

It’s as if Phat Phunktion doesn’t want to be pigeon-holed as a “funk band” and lets that label simmer on the back burner. While those last 2 aforementioned songs are commercially viable, they are heavily jazz leaning, but you can still smell the funk from the back of the stove. The funk is then brought back to the front with Knockin’ em Down, but the album quickly finds itself back weaving in and out of the jazz realm with No More and Competition.

There are also some New Orleans funk sessions here as well including Miss Madison and Well Run Dry. The album then closes with a mid-tempo Broken and then finishes off the offering going back to the strong full sounding Jupiter that they began the album with. Even songs titled Don’t Destroy The Funk can’t help but add the highly technical jazz aspects of their overall sound while the album’s sole slow jam Dance In The Rain brings back old school R&B in the silhouette of 80’s Lionel Richie.

All in all, this is a very good album with a lot of technical prowess from some pretty powerful players. Phat Phunktion has been labeled as the new Tower of Power and they seem to be embracing that characterization with this album that follows the ToP formula to the letter.  The recipe has worked for them giving them stage time with some of the world’s best funk bands in the business including Tower of Power themselves, The Average White Band, WAR, Rick James, Kool & The Gang, Cameo, The Temptations and many others. So whatever they’re doing, their fans (lovingly referred to as Phatheads) are giving them all of the support they need to succeed.

About the only thing that we could have asked for would have been a more warm embrace for their funk sensibilities, but it’s pretty obvious that the writing team has a variety of influences in the styles of music they admire which affects the albums overall continuity.  However, we can’t deny that this is an extremely good funk-jazz album and for Tower of Power fans that haven’t yet found their next fix, there’s no need to look any further than Phat Phunktion’s latest album Real Life.:.High Fidelity. We give it 4 out 5 afros.

Check out the sneak peek below and then head to Amazon and pick Real Life.:.High Fidelity up yourself. While we could direct you to their website at http://www.phatphunktion.com to purchase it, it will serve them better for you to buy from a source where producers and labels are watching the numbers with interest. We need to help the funk genre in any way we can.