Bummer. Apparently according to celebrity hell website TMZ, Antwan Andre Patton aka Big Boi has been arrested on some serious drug charges around 1:30pm on a $16,000 bond as he was leaving a cruise ship in Miami. But what may be strange is the drugs that were found. It’s no surprise that he is a pot smoker as he makes it well known in every other song he does, but Mary Jane wasn’t even in the list! 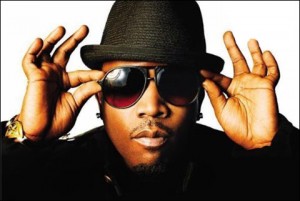 Big Boi was arrested for possession of ecstasy pills, MDMA powder and Viagra.”  If you don’t have a prescription for Viagra, it can be a tad of a legal problem and we obviously don’t need to talk about the ecstasy (in pill or powder form).

Regardless, this is not a great thing for Big Boi. While some folks like their rappers with a rap sheet, it kind of gets in the way of things like the tour that he has planned that starts August 12th. Not to mention the work he’s doing on his new solo album Daddy Fat Sax: Soul Funk Crusader, as well as a rumored new Outkast album with old partner in rhyme Andre 3000 that is rumored to be in the works via Killer Mike.

Hopefully he can get things cleared up by his next show date on August 12th for his appearance in Athens. We don’t want to get refunds for tickets because of a “wonder drug” and a “wander drug”.  The issue is mostly the quantity which was noted as a lot.  Dagnabbbit!