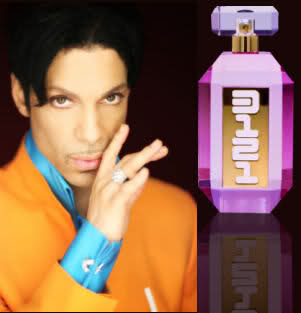 Back in 2006, Prince released one of his best albums in a long time with the launch of his funky 3121. Along with that album was to be a fragrant perfume by the same name (which can be purchased here) created by Revelations Perfume and Cosmetics Inc.

Revelations spent $2.5 million to license the product including agreeing to give up 50% of the profits. In return, Prince would promote the 3121 perfume via interviews and various promotions including in-store appearances. But Prince failed to do either and now is faced with millions of dollars he’ll have to pay out if the judgment is confirmed.

What’s unusual about the case is that Revelations was asking for $100,000 in damages, but according to the New York Journal the judge awarded them $3.9 million to cover expenditures and that will be substantially more if the 2nd judge approves.  Now Prince’s lawyers are finally responding to fight that amount.

“Since July 2007, despite repeated attempts by Revelations there have been virtually no communications from anyone who could commit to or coordinate any promotional efforts by Prince.” the suit states.

Simply put, Revelations hands were forced to cancel the licensing agreement since they couldn’t meet minimum sales requirements because of Prince’s lack of support.

All we can say is that Prince is a lawsuit magnet.