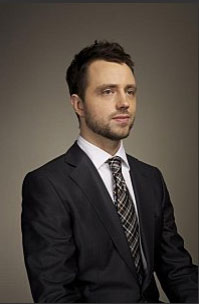 In shocking news from The Philadelphia Inquirer and The Roots Manager Richard Nichols, Owen Biddle, bass player for The Roots has decided to leave the band to focus on his acid jazz funk project Mister Barrington. This comes as a shock to many fans who truly love Owen Biddle‘s rock sensibilities and the extra edge that he brought to the project.

Owen Biddle joined The Roots back in 2007 as their bassist replacing longtime bass player Leonard Nelson “Hub” Hubbard. But before joining, he had already garnered production credits on the band’s award winning, critically acclaimed 2006 release Game Theory. He is not only a talented bassist, but also an actor as well. He regularly plays as his drunk wife Renee in a recurring role on Late Night With Jimmy Fallon’s “The Real Housewives of Late Night“.

Taking his place will be Mark Kelley who not only plays bass, but cello and piano as well. The latter not really needed since they already have 2 keyboardists in James Poyser and James “Kamal” Grey.  Mark will be making his debut as their new bassist on LNJF on Monday when it returns from its Summer hiatus.

While we doubt there will be any hiccups, not much is known by the public of Mark Kelley whose previous credits include Berklee College of Music’s All Star Quartet (video here) and supporting various artists including Meshell Ndegeocello (video here).

We’re curious to see what impact this has on the band, if any, but without a doubt Owen Biddle will sorely be missed. Much love Mr. Bass Man. We’ll watch the wheels of Mister Barrington roll with great interest.

1 thought on “The Roots Lose Their Bassist”