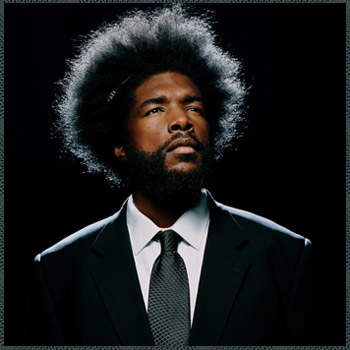 Rolling Stone did him injustice. Him being Questlove aka ?uestlove aka Ahmir Thompson aka band leader of Late Night with Jimmy Fallon (we could go on and on with aka’s).  The rock and roll media staple asked the infamous drummer of The Roots to share 10 moments in music that changed his life. So Ahmir took one of his very few days off and studied, pondered and thoughtfully put together his selection of songs that altered his being. Rolling Stone never published it.

Questlove being ?uestlove decided that he was robbed. Robbed off his time and efforts.  Instead of being too downtrodden about it, he decided to share it anyway and the results are eye-opening. You simply must check out the end result. Some of which is simply shocking and unexpected, such as Dolly Parton making the list. No really. Enjoy.