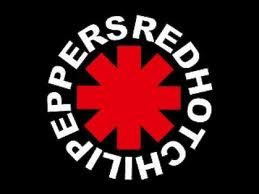 The Red Hot Chili Peppers have been popping up on the West Coast planning to do a set of surprise shows for intimate crowds to test out their new material and band members. RHCP will be releasing a brand new album shortly entitled I’m With You.  The band has added two new members to its lineup including Josh Klinghoffer (who replaces long time guitarist John Frusciante) and percussionist Mauro Refosco, who played with Flea in Thom Yorke‘s group Atoms for Peace.

The band appeared to a small intimate group of 300 friends and family just last night on July 27th at Pacific Coast Woodlands at the Henry Miller Memorial Library.  The set list contained mostly new material including “Ethiopia”, “Look Around” and a boppy “Factory of Faith”.  But it also included hits from their collection including “Charlie” from 2006’s Stadium Arcadium, the rap-metal assault “Throw Away Your Television”  from 2002’s By the Way and even Give It away in an encore and of course many more.

These shows are primarily designed to get the band comfortable with the new material and get full shows with Josh at the helm of lead guitar. Josh has been with the band for years working with them as a stage hand and was even actively playing with the band off and on. So when Frusciante left the project, it was a natural fit to have Josh step in.  Needless to say, we look forward to the inevitable tour which hopefully won’t be wrapped into any festivals since it always shortens the sets for bigger acts like RHCP and removes some of the more intimate selections they would otherwise play.  Bring it!

Meanwhile, you can head to their website and download a new single from the upcoming album called The Adventures Of Rain Dance Maggie.