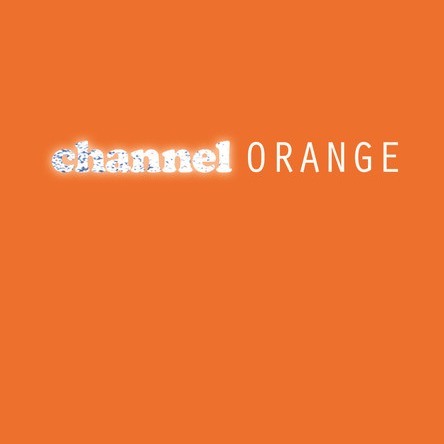 Frank Ocean has released his first full debut album and it has an amazing amount of genius and easily a contender for album of the year.

Frank’s career started as a ghostwriter for big name artists like Beyonce, Kanye West and Jay Z, but he eventually decided to break out on his own. That desire landed him a position with the hip hop collective OFWGKTA (aka Odd Future) where his friendship with Tyler, The Creator would jumpstart his notoriety as one to watch. And boy were they right.

While we didn’t have much love for his Nostalgia, Ultra mixtape due to a wealth of too much sleepy R&B for our taste, we still went in to Channel Orange wth an open mind. The result was a very lengthy and very well structured album complete with beautfiul lyrics, unique sound effects, stoney buzzing segues, and enough variation to stranglehold anyone willing to listen (which you can below, by the way).

The album is filled with catchy and fulfilling audio gems like the jazzy bounce of one of the album’s standout singles called Sweet Life. The keyboards tickle through a breezy, uplifting melody setting the perfect cruising along the coast mood.

Other songs shine bright like the Bennie and The Jets bump of Super Rich Kids, the tongue in cheek but still sad Crack Rock, the appearance of Andre 3000 on the track Pink Matter which changes its structure about a half dozen times, and even the risky lyrical content of Bad Religion which he performed on Late Night with Jimmy Fallon.

The album has a plethora of segues like the opening Start, the maternal speech of Not Just Money, the super “high” chatter of Pilot Jones, the boom boom sweet jazzed instrumental of White to the closing End along with a bunch of tidbits all throughout.

This album has broken a lot of rules and in the same way that Van Hunt did with What Were You Hoping For?. The effort sounds like the result of a master artists grand masterpiece, but considering that this effort is Frank Ocean‘s debut, it’s truly shocking. It takes its time and doesn’t feel rushed, but still with enough of acid jazz elements to keep it from being too sleepy.

Borrowing from the sporadic composition approach of Bilal complete with shouts, subliminal messages, background chatter and effects, it’s a very suprising work of art and the most solid collection of a whopping 17 tracks we’ve heard from any artist in a very long time.

It’s very important to soak in the album in its entirety, so check out the full stream of the album below and then head to Amazon and get it right right now. And as of this writing, the album is only a mere $4.99 for the entire album. Best $5 you’ll spend today.