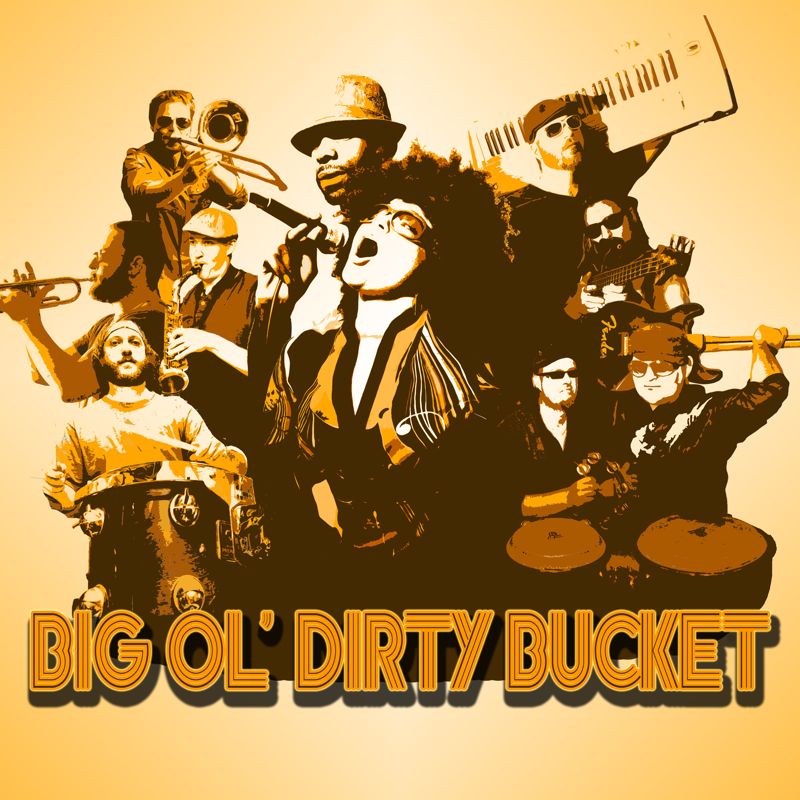 It may seem unusual to attempt to lump a band like Black Eyed Peas into a funk genre. They’re certainly more funk than most bands out there in the pop world. But what would would happen if the Peas were stripped of their Top 40 personas and allowed only to do funk music? What would the result be? The answer is Big Ol’ Dirty Bucket.

Not to be confused with the Big Ol’ Nasty Getdown or Yo Mama’s Big Fat Booty Band, Big Ol’ Dirty Bucket (BODB) took all of the fundamentals of what worked for the Black Eyed Peas and applied it to their own sound. Strong lead female vocalist? Check. Rapper who has good flows and humorous rhyming sensibilities? Check. Good beats with thumping dance hall bass booms? Check. About the only thing they don’t have is the promotional power which is a crying shame.

The album opens with Photonic Amplifier People which rings in introducing you to their strong female lead Sarah Seminski aka Lil’ Shrimp. Her vocals and strong and clear and an important part of what makes Big Ol’ Dirty Bucket marketable to most jazz funk audiences. Photonic is a classic upbeat funk shoutback that other acts like Brand New Heavies mastered so well and BODB seems to have pefected the formula.

What draws the Black Eyed Peas comparisons are songs like Mic Smoke that features in-house lyricist Big Daddy Disco who’s rhymes are accentuated by Lil’ Shrimp laid over simplified Top 40’ish keyboard riffs. And then the reverse on songs like Blue Dream where the focus is Lil’ Shrimp and then added rhymes are brought in from Big Daddy Disco. It’s as if Big Ol’ Dirty Bucket stole the Peas playbook and then perfected it.

The typical instrumentals and slow jams are notably absent which strays from the normal successful formula of their predecessors, but it doesn’t detract from the strength of the album collection. Every song has its strength and very few have weaknesses.

The main strengths of the album are the vocal efforts delivered by Sarah Seminski. Her style will draw comparisons to a young Teena Marie and that comparison will be very evident to critics in songs like You Make Me Feel and Sin Lamento. Her vibrato is smooth and tasteful without the need to scream or draw attention to itself. She does what she’s supposed to do and does it well. 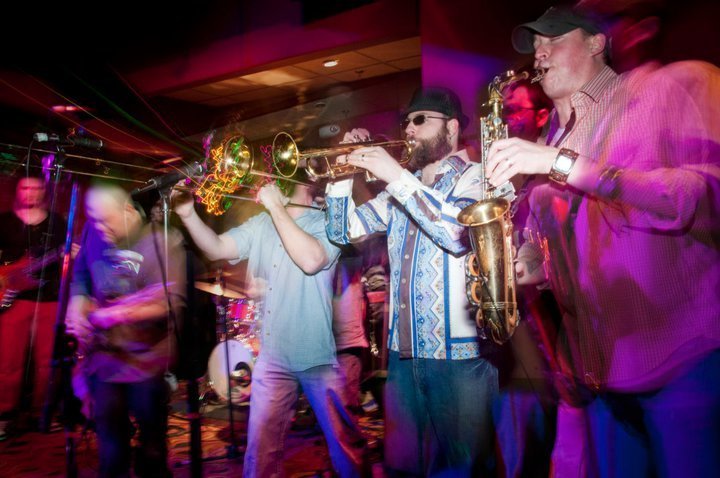 The band makes no qualms about being pot-friendly with songs like Chuck Norris that speaks about packing bongs and Lite That Spliff that sings about legalizing it. And there are more mentions where those came from.

The most humorous track definitely goes to Emotional Rollercoaster that is the album’s only slow song, but almost doesn’t qualify because it’s a very tongue and cheek back and forth booty call sung conversation that ofers up some of the most ridiculous pick up lines you’ll ever hear.

The band itself is very tight and strong. The horns are polished and prominent. The drums are clean and in the pocket and the keyboards are perfectly infused. It’s rare to hear a band this size work so well together short of the famed Parliament.

All of the album’s tracks are strong and filled with funk front to back. Fans of the Brand New Heavies, Teena Marie, and even Black Eyed Peas will certainly appreciate this offering. Check out the tracks below for a small taste of what they offer and then head to their website to snag a copy for yourself at http://www.bigoldirtybucket.com.

Visit the full CDBaby site page here or check out the clips below.