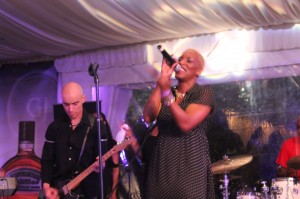 It’s truly a shame when you attend a show and you think, “How in the world is this event going unnoticed by the general public?” Such is the fate of Shanti Das and Marlon Nichols Atl Live In The Park Series.

Once a month they bring talent into Park Tavern located in Midtown Atlanta overlooking Piedmont Park and on April 16th, they managed to conjure up various members of the New Power Generation aka NPG including performances from Shelby J., Elisa Fiorillo, Liv Warfield and even a surprise appearance from Cherelle.

Even though Shelby Johnson aka Shelby J is probably the most recognized of the group, she opened the evening with a stunningly exquisite vocal performance of intense fluidity and superb jazzy vocal runs. Elisa Fiorillo turned on her 80’s charm and shocked the crowd with her smooth silky southern sounding sway. Then the crowd was treated to a surprise performance from Cherelle who exploded on the stage with high energy that got everyone’s juices flowing. Then the night was closed out by Liv Warfield with her infectious energy that lit up the room and her powerhouse vocals that put the cherry on top of the evening. 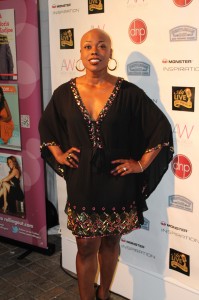 As for the event itself, the evenings are perfectly balanced and are a masterful mixture of mingling, music and good times. Starting with appropriate DJ hosted music and melding into the performances where each of the three main performers shared a band filled with NPG players. Each came to the stage to perform for about 20-30 minute waves of their own material and each performance seemed handcrafted to showcase their best material which led to a full evening of exceptional music from beginning to end.

Atl Live In The Park is essentially designed for maximum fluidity and even allows good access for media to the performers, photo opportunities, and elbow rubbing throughout the evening. The event is fairly underground but those “in the know” frequent the showcases every month.

Atl Live In The Park draws many hip hop artists and celebrities and any given night can offer a wealth of photo opps. With any member of NPG in the house on this particular night, it was a Prince fanatics dream for those that are heavily involved in the musicology. And from the various people we spoke with during our visit, the monthly get-together is always littered with celebs and folks you should know making it the perfect networking event for funksters and neo-soul heads.

That being said, the live sound was perfectly mixed and balanced and not too loud. About the only complaints we had for the evening was from the DJ booth where the music was too boomy and bass heavy making the sound muddy and at times the DJ was a tad too over-chatty in the beginning of the evening. But as a host, there was plenty of good crowd participation and he strung the evening together well from performance to performance.

Now that Funkatopia is aware of this gathering, expect to see more of us each and every month, because Atl In The Park is one of those events that you hear about the next day followed by “You should have been there.”  And with ticket prices only being $15 per person or $70 for a reserved table, it really is silly to be anywhere else.