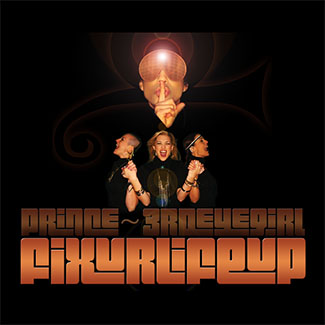 Prince continues his 2013 tour, announces an album release and drops a single. The busy year keeps on going.

As Prince’s 2013 tour dates continue to grow, the excitement does as well.  The tour keeps moving along the West Coast with his all girl setup 3rd Eye Girl displaying a rockier delivery than his past outings due to the raw sound of a 4 piece band. Browse to the tour dates below to see if he’s anywhere near you whatsoever.  Meanwhile…

Additional excitement was plopped on like hot fudge as the “man on a mission” Dr. Funkenberry broke the news that he received from Paisley Park that a new full length album is on the way from Prince called Plectrum Electrum. No details on the number of songs or the players involved, but any official Prince CD is always welcome to his hoards of fans. One rocked out song called FixUrLifeUp was unceremoniously released and features, yes you guessed it, 3rd Eye Girl, which could hint to what fans can expect when the new album hits the market.

And while you can strangely enough listen to the FixUrLifeUp song here that someone posted on Audiomack (for now), be sure to buy it when it hits iTunes. Let’s support it! We didn’t post the song! We just think you should hear it just like you would on the radio. Then go to the Wreckastow and buy it. Remember when people could hear the music before they bought it? Really cool concept.

But for now, get to a show!

APRIL 15 AND 16 VOGUE THEATRE IN VANCOUVER, BC
Buy Tickets

APRIL 18 AND 19 SHOWBOX AT THE MARKET IN SEATTLE, WASHINGTON
Buy Tickets

MAY 12 AND 13 THE OGDEN THEATRE IN DENVER, COLORADO
Buy Tickets