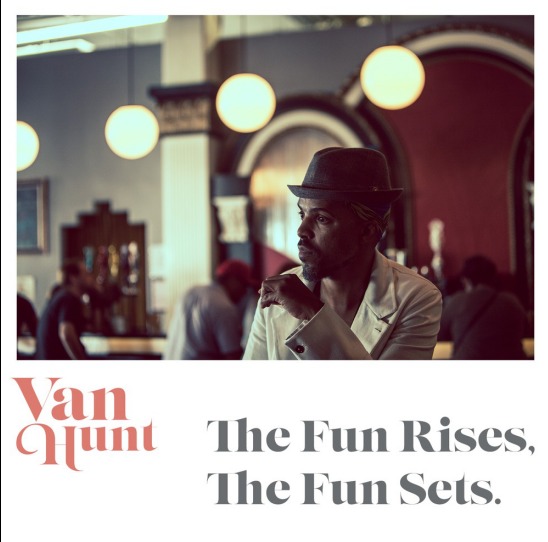 It’s never been a secret that we are big supporters of Van Hunt since the beginning of his career. Between his debut self titled album in 2004 and the release of On The Jungle Floor in 2006, we were insanely excited about the direction things were going.

In the interim there was a follow up unreleased album called Popular that Blue Note shelved in 2008 that would’ve solidified his legend in the R&B world, but instead only gathered dust (no pun intended).

In the timeline of his artistry, he continued on the path of attempting to set his individuality by creating his next album What Were You Hoping For? in 2011. But since the listening public lacked the advantage of hearing the progression of his journey since On The Jungle Floor, most of his fans were supportive but confused as to what happened. Like Disney World renovating the entire park without notice.

That nuance wasn’t lost on Van Hunt and he realized that he needed to connect the dots for his old school fans, but without sacrificing the integrity of his mission to continue his personal musical journey. Hence the arrival of his newest album The Fun Rises, The Fun Sets.

The high level of adventure and risk taking is still in full effect, but now includes songs that are far more embraceable and palatable to the general music listening audence, but still delivering on all fronts to appease all of us who have been enjoying the roller coaster rides.

The 13 track album features music stylings all over the sonic map and for Funkatopians, there are a lot of funk driven songs for the head boppers that creep along the lineage of Sly and The Family Stone and long play deep cuts from Slave. But none of which are standard plug and play and all of which offer many elements layered in for auditory nirvana from hand claps, sound effects, vocal screams, seemingly shocking breakdowns and masterfully placed bridges and riffs.

Van Hunt is fully vested in the sound of fellow visionaries like Bilal and D’Angelo where there is a willingness to add what seems like it may be too much until you realize that it’s just enough in the realm of sound, voice and instrument manipulation.

All of the tracks stand on their own as amazing songs, but none of which will ever find radio play with exception to the super funky Puddin’ which could find a home in top 40 if only radio would let it. But they won’t.

There are still the standard strange bits that Van Hunt can’t help but seem to create like She Stays With Me and French For Cloud (cstbu) which are more about the ambiance than lending themselves to sing-a-longs. But that has always been the undeniable attraction for most Van Hunt fans.

There are still his insanely sexy and flowing slow jams designed for the ladies like Headroom, If I Wanna Dance With You and Rub My Feet (suddenly). Deep and psyche intruding.

While we normally reserve the 5 star ratings for funk laden must have albums, this album is accomplishing something on an entirely new level that is truly undeniable and like with Prince’s Rainbow Children, we have no choice but to give it that rating if for no other reason that everyone needs to ingest this musical journey and experience it for themselves.