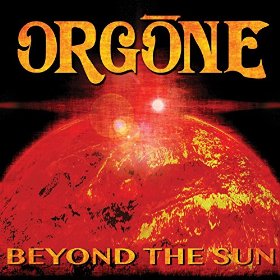 Funk music was only perceived to have its “heyday” in the 70’s if for no other reason that it was a new genre of music that smacked on the one, rotated around the bass, and was magnificently easy to dance to no matter what your mood.

Fast forward 50 years later and the true funk genre has gotten buried as back drops for hip hop that people didn’t even realize how much they wanted and desired until Mark Ronson and Bruno Mars revived it with the chart breaking Uptown Funk.

But during those lost years, many bands have committed themselves to the sound and one of the most outstanding of which is Orgone that are creeping up on 15 years since their debut release and almost a decade since their historic album The Killion Floor.

Their newest release Beyond The Sun

continues the funk tradition and takes it to an entirely new level by recreating the overall feel that takes the listener back to the original era.

The production is filled with warm tones that give the vibe that you’re sitting in front of your old record player. It creates a smooth hazy mood delivering super funky riffs and clean crisp soulful vocals laid out by new vocalist Adryon De Leon.

Adryon’s addition to Orgone continues their tradition of finding phenomenal vocalists to front the band and she does it with style, grace and power that lights up the tracks where she’s featured.

The 12 track album is a nice mix of instrumental grooves along with the solid bounce tracks that connect the dots. The album opens with the thump stomper Don’t Push Your Luck that introduces you to their new frontlady Adryon De Leon.

There are also a great bit of upbeat hoppy tunes such as Losin You, Take You Higher, pop classic-to-be’s such as People Beyond The Sun and tracks rooted in Mother’s Finest territory like I’m a Woman (I’m a Backbone).

There are also plenty of standouts including the closing Santana-esque Sabi and Meat Machine that sounds as if it was a lost cut from Super Fly.

Once again, we have no choice but to award Orgone‘s latest funkafied offering Beyond The Sun

with the illustrious 5 Afros. They deserve it.

Get this album now.

1 thought on “Review: Orgone – Beyond The Sun”