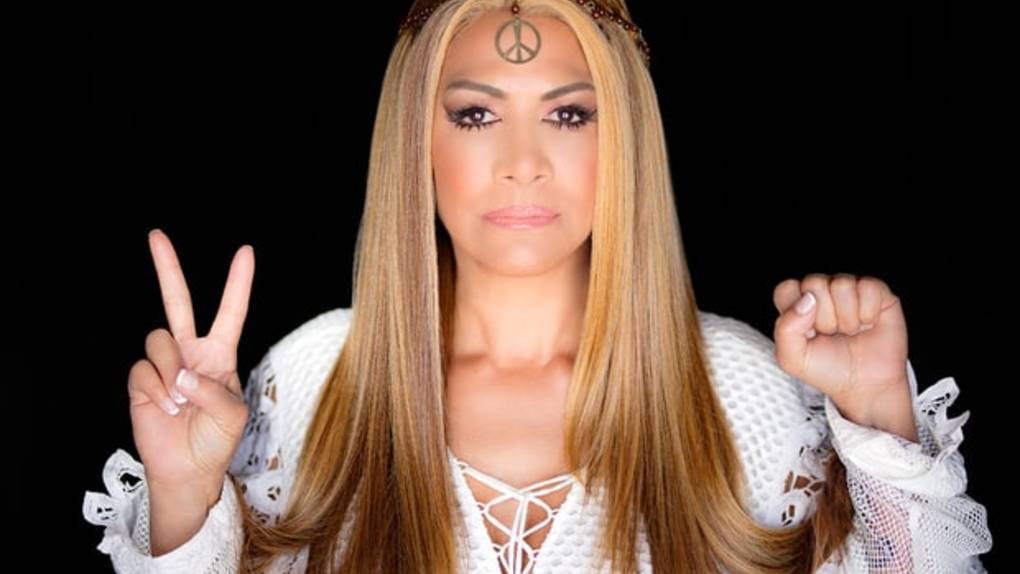 Easily one of the most incredible drummers on the planet, Sheila E. has done it all. So it makes us very ecstatic that she’s back to do even more with her new project called ICONIC.

Sheila E. pushed a new politically charged project called ICONIC through Pledge Music that allows you to not only grab a copy of the album, but also get a wealth of great “thank you” gifts for your contributions at super affordable price points. You can get a signed drum head, drumsticks, cymbals, CD’s, shirts, and even all the way up to private moments such as dinner with Sheila, a private studio tour, and all types of instruments. Many of which are under $100.  But as of this writing, the project still hasn’t reached its goal in order for the album to see the light of day,

ICONIC is Sheila E‘s brand new album that features what she refers to as the greatest protest and revolution songs of our time that are reimagined as only she can imagine them. While the concept sounded very similar to the Wake Up! project that John Legend performed with The Roots years back, it became immediately evident that this was a very different conceptualization once Sheila released a teaser video featuring Prince‘s barn burner America.

Sheila was in a very difficult point in her life as she was mourning the death of good friend and once fiancé Prince and then the election of Donald Trump.  The anger that welled up inside of her came bubbling to the top and she knew that she had to use that emotion to create something that would make a difference.

“I was mourning Prince, I was mourning our country,” Escovedo said in her feathery tone. “This person who comes into office through bullying – it was just overwhelming. I cried a lot. I still often cry a lot. It’s just the way I heal.”

The end result led her to backburner the dance record she had been working on and ask the world to help her put together the ICONIC project and bring the imagining to fruition.  It featured a breathtaking track listing that made the project even more exciting as it showcased a plethora of songs covering Stevie Wonder, Curtis Mayfield, James Brown, and an unrelenting list of music history’s most prolific and “iconic” freedom fighters.

Most notably are guests like The Beatles‘ Ringo Starr, Candy Dulfer doing the horns on Prince‘s America, Sly and The Family Stone’s Freddie Stone helping to cover Everyday People, One Nation Under a Groove with the man himself, George Clinton on deck and tons more.

Head to the Pledge Music page right now here and help Sheila E get to the goal to make this project happen.

And be sure to check out this amazing article with Rolling Stone that has some fantastic Prince stories you’ve certainly never heard along with the full 7 minute version of America exclusively on their site. http://www.rollingstone.com/music/premieres/sheila-e-on-princes-wooing-wild-purple-rain-parties-w486152