It’s very rare that a new band comes out swinging unless you see them coming from a mile away, but nowadays discovering new music has become easier with the advent of Spotify, Tidal, Pandora and the like.
But it doesn’t make it any less frustrating when that band is an act like Caboose that tracks you down with their new album entitled Coupe and it’s unmistakably super funky.
While the entire story is unknown, Caboose is based out of Ventura, California and consists of Eric Walters (Guitar), Mike Thomas (Drums), Brian Boom Carroll (Bass) and the late Jonathan Cooper (Keys).  It was  Jonathan’s final album before his passing that was recorded in 2014.
While the entire band is showcased by their immense talent and impressive chops, Jonathan Cooper is by far center stage on these recordings with every track spotlighting keys and organ stabs. All of which are impeccable and he can rest in peace knowing that this album firmly establishes his prominence as an undeniable master keyboardist.
Engineer Chris DeNogean spent some quiet time to properly capturing and polishing those recordings to construct a true funk-jazz masterpiece that would be an amazing addition to any funkateers collection. 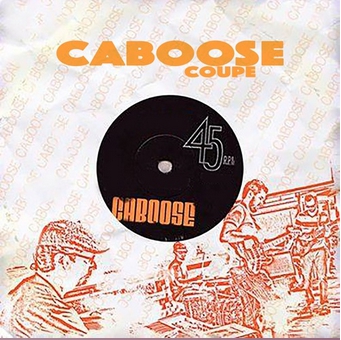 The end result is a blend of The Meters and Headhunters with bursts of moody diversions like Zuma that take the Herbie Hancock references up to a second tier.
This album will live in infamy because all of these songs will be sampled from here into eternity. The arrangements are super strong and are all perfectly mixed and there isnt a weak song in the mix out of the collection.
With incredible standouts like The Drop which hearken back to Traffic‘s Glad, smooth barn burners like Top Down and Yap, and moody offshoots like Zuma, there isn’t wasted space to be found.
Whether Caboose will use this mountain of awesome to establish something moving forward or if it was simply designed to show homage to Jonathan Cooper, it’s yet to be seen.
But what we can see is a whopping 5 Afro award from Funkatopia for hand delivering one of the best funk albums of the year onto our doorstep.