It’s GREATLY IMPORTANT that you realize that your favorite album might not be here because a) we only pick 20 and b) we may not have even heard of the one you like. So if we missed yours, PLEASE share it with everyone in the comments area.
The 2014 post from last year had loads of great comments of bands we missed and we don’t expect this year to be any different.

Like last year, we purposely did NOT add numbers in order to make sure that all are created equal in their funkiness. Enjoy this list, complete with links to check the albums on Amazon, iTunes and in some cases even get and listen to the albums for free! 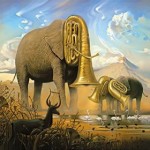 This live jam funk band has funked millions of faces for over 20 years and this follow up to 2012’s Fly album, this has been well worth the wait and a MUST to add to your funk collection. Not to mention a feature film focusing on the band is due out soon.

There aren’t many funk bands that have been together longer than Lettuce and when you hear the newest offering from this incredible band, you can hear it loud and clear. 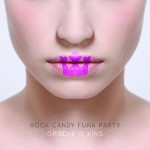 Rock Candy Funk Party returns to the list for a 2nd year in a row with another funk masterpiece. This all star band features players like guitar Gods Joe Bonnamassa and Ron DeJesus, superstar drummer Tal Bergman, and bass thumpmaster Mike Merrit.

Outside of their solo work, they’ve also collectively shared the stage with everyone from Prince to Chaka Khan to Stevie Ray Vaughn to BB King. Full Funkatopia review. 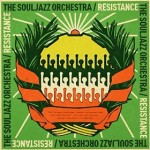 We could explain it, but they do it best:
“Resistance is a fierce, hard-hitting album, influenced in part by the dancefloor sounds of Francophone Africa and the French Caribbean – bringing in fresh elements of Coupé-Décalé, Zouk, and Ndombolo to the band’s heavy mix of Afro, Soul and Jazz styles – as well as powerful lyrics that deliver biting social commentary alongside messages of hope.” 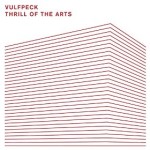 The always on the cutting edge four piece band had even released a silent album in 2014  called Sleepify. Thrill Of The Arts is far from silent with stabbing bass line riffs, haunting keyboards and bright production work. 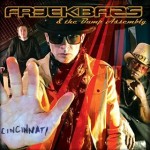 Freekbass makes a return to the best of list for two years in a row now with his new album Cincinnati. The outspoken bass player has shared the stage with tons of funk legends like Bernie Worrel, Bootsy Collins and others.

Everytime they go into the studio they get better and better and now 6 albums into it, they churn out another funkafied biscuit. 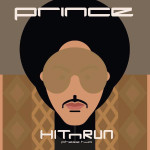 Prince went through many iterations over the past few years, but surprised everyone with not one but two albums within a years time. While not full of funk front to back, there was enough funky tunes between the two of them to easily qualify as one bad to the bone collection.

Some of his best stuff in years landed on these two full length gems, the second of which came in completely under the radar to even his most devoted fan sites. Full Phase One Funkatopia review. Phase Two review. 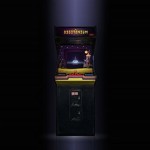 Turkuaz is huge and bright and loud. Teetering on the edge of disco, they are full of contrast and their music is vibrant and happy. An insane collection of 23 tracks that could have split into two albums, but lucky for you, it wasn’t.

If Cameo would have taken their Word Up days and continued the journey, this is what it would have sounded like. Be sure to check the full Funkatopia Review. 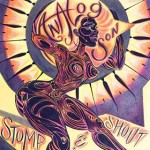 Another band that revisited the “Best Of” list for a second year in the row is the mighty Analog Son. Easily one of our favorite new funk bands that has tons of jazz influences, but your head won’t stop bouncing during this ten track masterpiece.

Stomp and Shout is a force to be reckoned with and could be one of the best funky releases in a very long time.  You can check our review on their first album here. 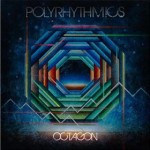 Last year saw Polyrhythmics getting onto the list with their live recording. This year they hit the ground running with a brand new full length album that continues the funk mastery of the first album Libra Stripes.

There aren’t a lot of bands that have this full sound that is filled wth heavy emotion and nuance. Th Seattle based band delivers a heaping helping of what they call afro-psycho-beat, but whatever you call it, it’s funky and delicious. 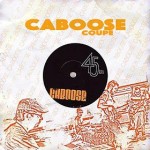 Caboose is a one off album that combines elements of Headhunters and The Meters with true grit. This collection of songs was put together as a memoriam to their keyboardist Jonathan Cooper in order to properly capture the magic that was Caboose.

The end result was a blast of insanely good music that literally puts itself into the category of true funk classic. Be sure to read the full Funkatopia review here. 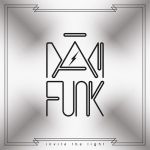 Dam Funk isn’t just a master of Twitter, but also a master of producing some of the funkiest licks on the planet.

While he may be used to being the sideman and working with lots of acts including 2013’s 7 Days of Funk with Snoop Dogg, he finally released his newest solo albums that was about 5 years in the making and it comes out swinging featuring 20 tracks of funky goodness. 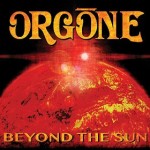 Orgone has an amazing penchant from finding some of the most incredible vocalists to fill out their project and it always outperforms the one before it, but still manages to keep its integrity throughout and nearing 15 years since their debut release almost 15 years ago.

2015 was no different with Orgone releasing their new album Beyond The Sun and keeping the funk thick and palpable. It’s undeniably funky. Read the full review on Funkatopia here. 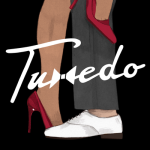 Mayer Hawthorne and Jake One join forces to put out a funk classic in the true vain of the disco laden 70’s. While this super-duo team had amazing solo careers in full swing, they decided that there was a hole to be filled and they would be the ones to fill it.

In the spirit of Chic, Plush, Shalamar and Zapp, Tuxedo was a welcome surprise that landed in a perfect spot and was the gift that just kept giving. 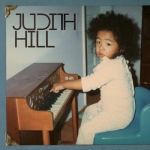 Judith Hill blasted onto the scene as part of the TV series The Voice and immediately grabbed the attention of Prince who quickly took her under his wing. The result was the release of her debut album Back In Time which contained some of the most blistering funk this side of Minneapolis.

Prince got sued by her producer when he launched her album for free to Live Nation subscribers for a brief period of time and took it down 24 hours later. While it’s not free anymore, it’s worth every single dime. 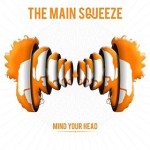 The Main Squeeze is one of those bands that catches you by surprise and if the first time you see them is live, you certainly will never forget it.

The band was based out of Chicago, but has recently migrated west to California to capture more opportunities and grow beyond their Chi-town home. Fronted by huge powerful vocals, funky grooves with a dash of jam band influences, there’s just nothing like The Main Squeeze. 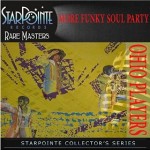 No one saw this compilation coming that was put together by StarPointe as a double album filled with probably the maximum amount of music that you can fit on a collection.

24 tracks pack this wall to wall compilation of Ohio Players tunes from the beginning years, but not touching on their hits in order to show just how formidable this band was even in their early days and it sends a very powerful message. 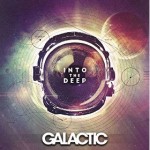 Galactic is the ultimate New Orleans style funk jam band that has been a force to be reckoned with for over 20 years. Every album brings new flavor to showcase a new musical boundary for them.

Into The Deep finds Galactic returning to their roots bringing deep heavy grooves with massive hooks and melody lines. It’s an album full of great tracks with some guest spots by Macy Gray, Mavis Staples and many more. 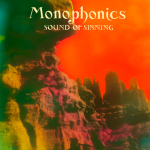 The Monophonics have been stomping onto the scene with a sweat drenched funk with some fantastic deep soulful swings.

Recently featured last year on America’s Got Talent during a dancing segment gave them an unexpected boost into the national spectrum even though many had already been recognized for their intense brooding funky prowess. It’s deep, growly, funky soul. 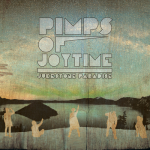 Pimps of Joytime is the ultimate band that is full of diverse sounds and styles all rooted in funk.

Jukestone Paradise is packed full of dance beats, slick bits of EDM, all roasted and barbecued in a 70’s funk sauce. No two songs sound alike even though their style is haunting and at some times even a bit trippy. But that’s what makes Pimps all that more special. 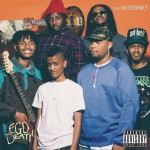 The furthest reaching funk flavoring in the list and a perfect ending to a perfect 2015 list. The Internet came to our attention from Funkatopia friend Janelle Monae, The Internet are moody, theatrical, funky and full of sexual charge right out of the gate.

The offshoots of the Odd Future family show no signs of slowing down while continually touring the country in various festivals. The Internet are starting to gain some serious traction and the positive vibes you’re hearing are completely worth it.

The oversight pick is an album that we somehow lost our minds and completely missed. Not because we didn’t know it existed, but we just forgot to include it in the list for final consideration and if it had been on the list, it , without a doubt, unquestionably, would have been in the top 20.  And while we could just “let it go”, it literally begins to eat away at our soul every passing day and we toss and turn at night kicking ourselves.

Last year, it was Funkadelic’s release because it came in late, late in December. This year, there was no excuse. We just made a very stupid mistake. Time to fix that oversight right here, right now…. 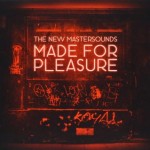 The New Mastersounds – Made For Pleasure (Amazon | iTunes | Website | Stream)

The New Mastersounds are one of our favorite funk bands of all time and their new album Made For Pleasure is a true funk masterpiece and they deserve to be on this list even over some others that are here. But we’re not kicking anyone off the list and are making good on our oversight.

ALL HAIL THE NEW MASTERSOUNDS! 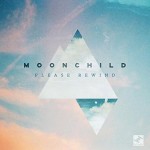 Technically not funk and falling more under the dome of neo-soul or whatever you’re calling it nowadays, this act was so incredibly tough not to get on the list.

They are truly undeniable and shockingly, a relatively new band to the scene with only one other album release from 2012. Please take a listen to this album.

Extra Bonuses from YOU!
Check the suggestions below from you, our readers. We know we missed a bunch, so help us out.

Did we miss some more? Add them to the comments below!  Hook us up and remember, the albums had to have been released in 2015 to qualify for the list.