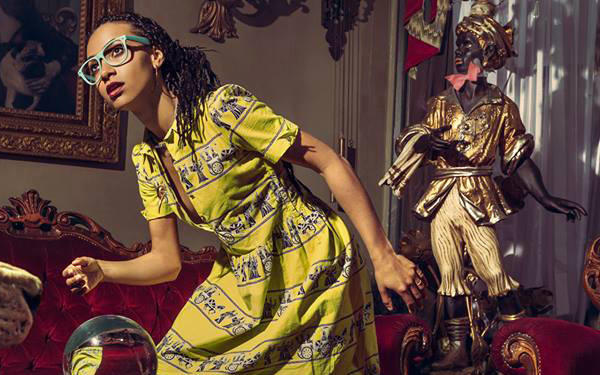 There are certain times when you see a spark of brilliance burn its way onto the world stage and then just as quickly flicker out and disappear. Not many can continue to follow an incredible debut album with a just as impressive sophomore album and then keep the booms coming album after album that they eclipse the previous efforts. Enter Esperanza Spalding’s Emily’s D+Evolution.

The beautifully talented bassist/vocalist Esperanza Spalding dug deep into her jazz funk sensibilities bringing out a breathtaking collection of songs that will take you down memory lane. But not because these are standards from the past, but because you can hear bits and pieces of influence from Steely Dan, Stevie Wonder, Thundercat, and a whole lot of Wayne Shorter.

During an interview with NPR she expounded on the album title indicating that the D+ was essentially a barely passing grade and can be seen as either an evolution or a de-evolution, but that we’re barely pushing through to the next level.

“Whether you want to see it as devolution and evolution, and the place where they co-exist without one diminishing the other, or could look at it like barely having the tools that you need, but having to move forward, and having to keep moving,” Spalding says. “What do you do when you don’t really have all the tools that you need, but you have to survive? And you need to grow and expand?

“I think that the best answer to that question of ‘What do you do?’ is, you get creative with the tools that you’ve got. I’m excited by that skill and the fruits of that intention — of that decision.”

Emily is her middle name and this musical journey is very heavy jazz leaning and her insanely talented bass licks really are front and center in this musical masterpiece. No, really. It’s a masterpiece. The project focuses on her alter-ego Emily who she sees as a person that is the beneficiary of her hindsight. She is everything that Esperanza could have been, the good decisions she could have made, and the lessons she never learned.

She tells NPR, “I can start by saying that my personal relationship to Emily is that this is a spirit, or a being, or an aspect who I met, or became aware of. I recognize that my job — and it’s ongoing — is to be her arms and ears and voice and body. To say what she came to say, you know?

“That’s my relationship with Emily — I see her and am informed by her, and recognize her spirit and her perspective. I get to be the researcher, the implementer and executor of that vision. It feels like I’m a side-person to her — I’m her artistic development team.

Esperanza then takes us on a journey through Emily’s life complete with off-putting forays into the realm of Flying Lotus to the perfect balance of sways and grooves. Powerful layered vocals marinating in-between snare shuffles and Sting-esque bass pops, walks and stiff riffs. Yeah, that’s how hard it is to describe what you’re listening to here.

It’s the moments where you let your guard down only to have the music drop out in songs like Ebony and Ivy where all of a of a sudden a monotone speech drones in, “…fill our minds with double standard vision by degrees we banish slaving over someone else’s questions test our problems and abolish all en-slavery and good grammar and forbid shovels picking your hammers and the starching linen to become the educated ones wrapped in them...” (we’ll let you hear it in its entirety for yourself.)

Funk The Fear is obviously one of our favorites with the intricate runs and slick bass licks and stutter stab drums and tasty fills complete with “Funk The Fear, Live Your Life” call outs. 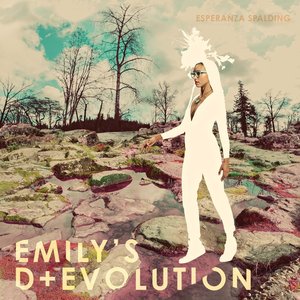 This is one of those albums that goes all over the musical landscape but one where you can never be prepared for what’s next as it jumps from one extreme to the other with a lot of musical theatrics similar to her live show.

There are tons of unexpected moments which has pretty much been Esperanza’s specialty from the day where she quietly walked on the Grammy stage in 2011 and stole away Justin Bieber‘s Best New Artist award. It was the first year that people who knew of Esperanza Spalding thought that it was one the few years that the Grammy’s got it right and you can guarantee that it won’t be the last time you hear her name.