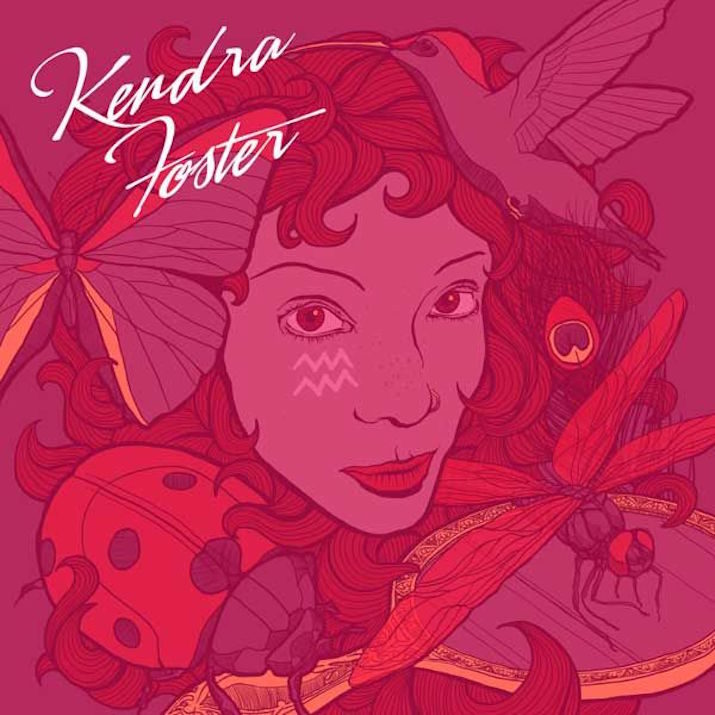 For many, Kendra Foster may not be a household name to most, but if you’re a funk fan, you’ve seen her and you know her work. She has sat in the shadows singing background for some of the most prolific names in funk from George Clinton to Parliament Funkadelic to D’Angelo and many others.

Whenever she appeared on the projects of other musicians, her jazz inflections and amazing presence were always breathtaking.

From her prowess on songs like Mike Zabrin‘s The Other Side, Sub Swara‘s Nectar, The Big Ol’ Nasty Getdown track Mantra or even just being in the background of Parliament’s Live at Montreux, her voice is undeniable.

And many don’t know that she was essentially a co-writer on D’Angelo‘s award winning Black Messiah for many of the songs and according to a recent interview with Complex, it won’t be the last we’ll hear from D’Angelo and the Vanguard in the near future.

So it was only a matter of time before she decided to do a full blown album of her own and it is one of the best albums we’ve heard this year.

Where 2011 gave us her first “official” album produced by George Clinton entitled Myriadmorphonicbiocorpomelodicrealityshapeshifter, it seemed like a great collection of tunes and was simply euphoric. It was a very good sign of things to come.

And came it did. This time around we have a brand new self titled album Kendra Foster and it is this side of magic. And by this side of magic, we mean that you get to the magic line and then cross over into bliss.

The new album is a collaboration with Kelvin Wooten who has already garnered a name for himself with production work with Raphael Saadiq, Jill Scott, John Legend, Mary J. Blige, and Anthony Hamilton. The two have collaborated for many years and the album has been brewing for nearly a decade.

The 12 song collection is filled with vibes that only Jill Scott and Erykah Badu had created in the past where you just sat back and soaked in the grooves. Kendra Foster’s new album was done with such focus and verve, tracks thick with fat bass riffs, intricate vocal melodies, booming audio, and enough vocal gymnastics to soothe the savage melody beast.

The opening poppy track Respect is reminiscent and spray painted with a Janelle Monae level of energy complete with satisfying horn lines. Then followed by Promise To Stay Here that gives you a taste of the funky soul bass licks that you can expect to thump with throughout the remainder of the album.

There is so much to enjoy from all of the tracks on the album along with a lot of surprises like stutter stepped songs like Potency, lustful jams, and even Kendra’s beautiful voice filtered through Autotune on the closing Take Our Time.

We can only suggest that you move very quickly to check out this album and pick up a copy for yourself. It’s one of the first fantastic funk soul albums we’ve heard in a long while that serves as a complete collection of super solid tunes.

You can guarantee that it will have a place on the Best of 2016 list at the end of the year. Get it now on Amazon or also on iTunes.