As another year came to a close, it still amazes me how many people love our Best Funk list every year. And every year, it literally eats at the pit of my stomach because I always miss great albums that should have been on the list. This year was no different.

Last year, Funkadelic released the album First Ya Gotta Shake The Gate at the very end of December that squeaked in under the radar and for Funkatopia to release a best of 2015 list without having Funkadelic‘s first album release in over 30 years not on it is a travesty. I felt like we totally lost our street cred in that very moment to not have included arguably the founders of funk was a tough pill to swallow. We made good and added it to the list anyway and made a mental note to be as thorough as we could in 2015. Nope. It happened again.

This year, two more albums escaped us for whatever reason. The New Mastersounds Made For Pleasure and Yo Mama’s Big Fat Booty Band Funk Life.  While some people may not even be familiar with them, they were truly great funk albums…And they weren’t on the list.  Yes, we’re aware there were lots of other greats out there, but these hit home a little hard for us.

The loudest noise was made about The New Mastersounds, so we added them to the list as an “Oversight”. Especially since we were aware of its release. And while the Booty Band deserves to be on that list, I think we really can only make a limited amount of concessions and adjustments to the list before the integrity of the list is brought into question. 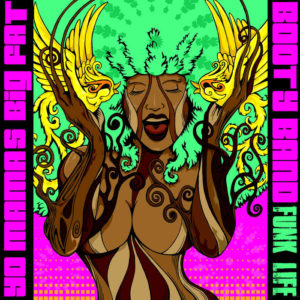 The tough part for me is that I truly LOVE both of those bands and consider them friends. I’m hung out with members of the Booty Band and they’re even working with a good friend of mine John Heintz on the new Big Ol’ Nasty Getdown, Volume 2 album coming down the pike. I just simply…missed it.

Same thing with New Mastersounds. I’ve spoken and interviewed Eddie Roberts and Simon Allen personally. We’ve recorded clips of their performances. I interviewed the Booty Band in depth also. But I just simply missed it. The volume of email lists and Facebook alerts I get daily is staggering and I just dropped the ball.

So exactly how does the selection process work? I primarily get my selections from CD’s and promo copies that I’m being sent via snail mail or links to streams sent to me via email.  After that I also try and scour the web on great funk music websites like Funk It, Funkish, Random Acts of Funk, go through emails I’ve received over the year to see what I missed and then compile a list of everything there.  Then I pick out the obvious ones and hand select the rest that I was really feeling. So if a band doesn’t reach out to me or fall within those parameters, things get missed.

In my defense, I did make an effort twice to reach out to everyone on our Facebook page and ask for input and suggestions for the list and it fell on deaf ears. Not one single person offered anything. It was very strange. So I took what I had and assembled the list. And then of course, once the list was done and posted, the comments came in floods and caused many sleepless nights and heart palpitations.

Websites like Funkish do these really great deep dives that really scrape for the undiscovered stuff. And Funk It does an amazing job at capturing the live funk jam bands and letting people experience what the bands are all about. I really envy sites that take a lot of time and dedicate huge portions of their lives in a never ending quest to make sure no stone goes unturned. I love that and we’ll get there.

All of that being said, I need all of you to make this work. I need those independent releases, those hidden gems, and things we’re missing. I simply can’t see and hear everything and be omni-present. I want Funkatopia to become a community effort where everyone is feeding into the machine to make this the ultimate resource. Like the Wikipedia of funk. Well maybe not that intensive. 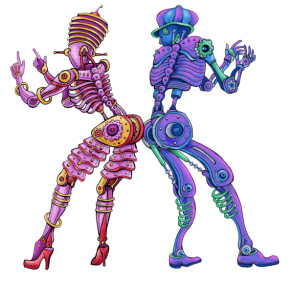 6, you have no idea what I know about that’s coming down the road.  It will be a very funky year. It’s insane.  I mentioned The Big Ol’ Nasty Getdown, Volume 2 that should be hitting the streets soon and you will not be ready for this. It will be in a Grammy realm. No joke. Plus new albums from many funk legends and of course, music from new bands that seem to sprout up all over the world. I am so stoked about 2016.

So please. Even if it’s obvious. Shoot me an email about it. If you’re in a great local or regional funk band, we want to know about it. Funkatopia is for everyone and we want to be great, not just okay. Thanks for letting us bring you the funk for all of these years.