Wrecka Stow Productions will be putting on a show on June 22nd for Prince fans. It’s over 5 hours of Prince and Prince related music wall to wall as well as “surprises”. We’re told to expect the hits, lost tracks, forgotten tracks, outtakes, and tons of proteges including 3rd Eye Girl, Sheila E., The Time, NPG, Jesse Johnson, Mazarati, Liv Warfield, and the list goes on and on.

But the best part? It’s completely FREE admission. So if you’re addicted to all things Prince, you probably shouldn’t be anywhere else.

The event will take place at 10 High in Atlanta which has a capacity of 200, so you can expect the place to be packed with crazy Prince fans and of course, we’ll be there with bells on. Visit the website at http://www.wreckastowproductions.com for more details. 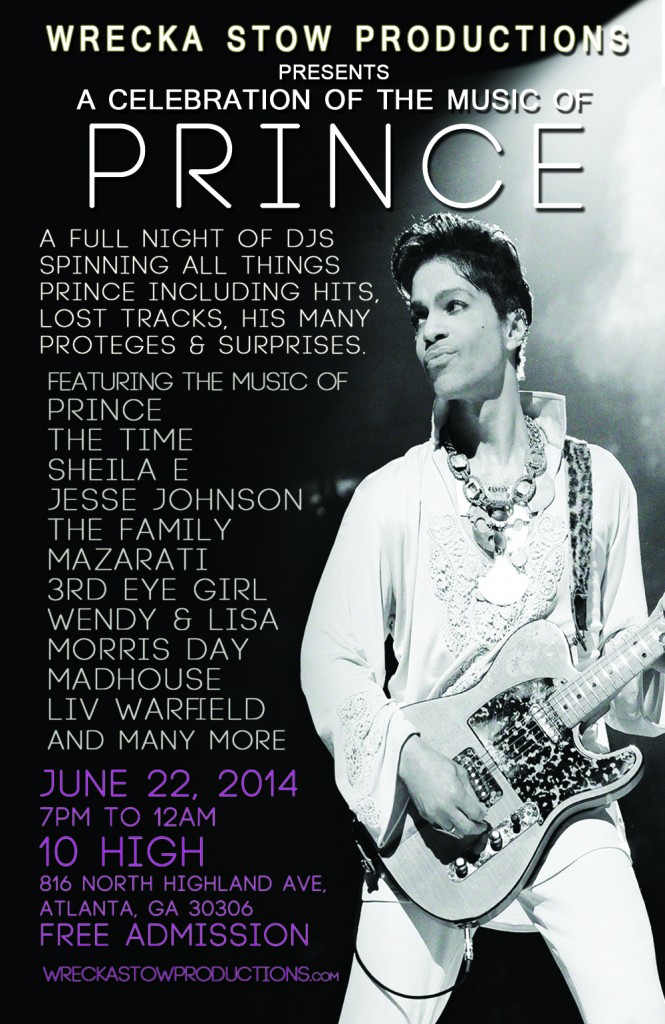 1 thought on “Atlanta To Celebrate Prince”