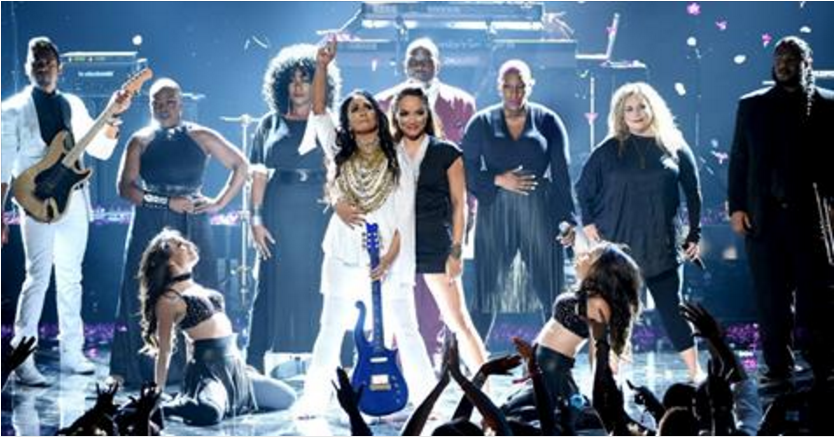 Sheila E‘s Prince tribute at the 2016 BET Awards was finally the tribute everyone had expected to see.

We had already heard Purple Rain played incessantly as well as Nothing Compares 2 U for weeks before Madonna‘s tribute aired on May 22, 2016 (almost exactly one month after his passing). So for her to choose those two specific songs for her tribute sorely lacked any insight. Not even Stevie Wonder‘s presence could fix what seemed forced and almost obligatory.

The BET Awards set out to fix that blunder and Prince phasers were set to stun in order to wash away the bad taste that had been left behind. While we were now a full 2+ months removed from his death, the artists that knew him best were there to set the record straight.

The evening of tributes started with Dave Chappelle who introduced The Roots with Erykah Badu and Bilal. Erykah started with Ballad of Dorothy Parker in its entirety which was then followed by a near perfect vocal rendition of The Beautiful Ones by Bilal complete with floor grinding. 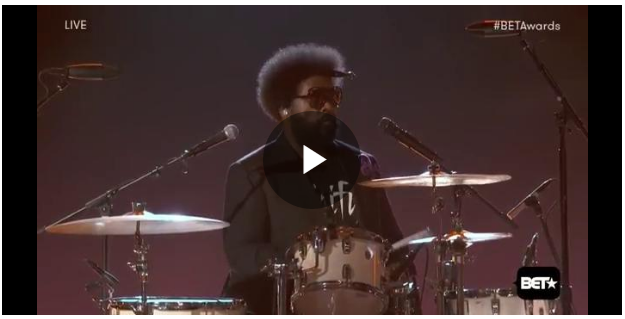 The tributes continued with Stevie Wonder and Tori Kelly doing the Purple Rain duet Take Me With U followed by Jennifer Hudson garbed in white and performing a slowed down soulful version of Purple Rain with The Roots guitarist Captain Kirk Douglas complete with a standing ovation. 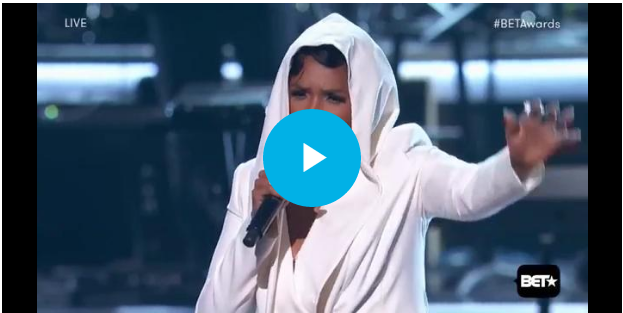 Maxwell then took to the stage to perform his new song Lake By The Ocean followed by a heavily orchestrated Nothing Compares 2 U and altering the lyrics to “It’s been 7 hours and 66 days since you took your music away, and It’s been so lonely without U here. I’m like these records that don’t have a song., then I can play my radio station in anyplace I want, but nobody ever sounds like you. I went to the record store, I went to the Apple, Spotify too, and they told me ‘Boy you’d better try to make some music, which you can’t do – ’cause Prince is the truth!” 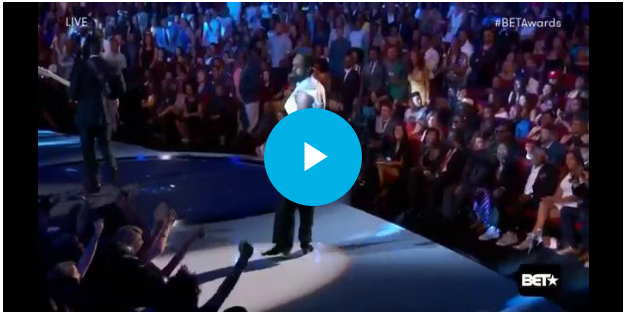 Janelle Monae then took to the stage and fired out with a blast of kinetic energy through a blistering collection of tunes including Delirious, Kiss, Pop Life and then closing with I Would Die 4 U complete with ass-less pants hidden by a flowing short cape.

However, the big bang came from Prince‘s former fiance’ Sheila E who served as the surprise vocalist for her tribute which was supposed to be fronted by D’Angelo who had mysteriously dropped out before the event.

For those who had their eyes affixed to Sheila for the duration of the performance, they may have missed the star studded packed stage that included Prince‘s ex-wife Mayte, Kat, Liv Warfield, Shelby J, Elisa “Love Machine” Fiorillo, Jerome Benton, Morris Hayes, The McLean Twins, Nandy & Maya and the NPG Hornz who helped to build out the homage.

We are glad to finally see a tribute worthy of his memory.