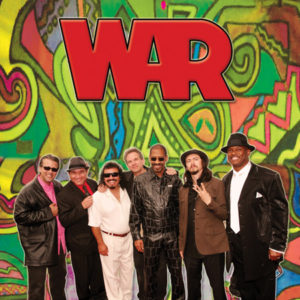 Funk band War is not happy about being slighted for a spot in the Rock and Roll Hall of Fame. The band was nominated, but lost out to Guns n Roses, Red Hot Chili Peppers, The Faces, Beastie Boys, Donovan, and some other notables. Of the partial list that we mentioned, War is most annoyed about losing a spot to The Beastie Boys.

Vocalist and founding member of War Howard Scott told TMZ, “We were cranking out gold records when they were still in diapers. How could the Beastie Boys get in before us when they sampled War’s music on their first album?! I’ll eat their platinum records!” and added, “Felt like I was kicked in the back of my britches.”

It is a valid question, but some assume that it has to do with the impact of the artist on culture and society and The Beastie Boys kicked open many doors for other similar artists. However, War started back in 1969 and while Howard’s assessments are essentially true, they should have at least beat out some of the other lesser known inductees including Laura Nyro and Glyn Johns.

War has given some great hits such as Cisco Kid, Low Rider, Me and Baby Brother, and Why Can’t We Be Friends among others. Laura Nyros gave us…..ok, ok. Glyn Johns gave us….. Crap. Well, there’s always next year.