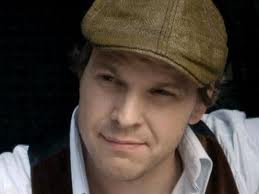 While not a funkster that we normally would cover since we’re dedicated to funk music, we love us some Gavin DeGraw.  He is an amazing performer and singer that has brought us very great tunes like I Don’t Want To Be, In Love With a Girl and Chariot. So rightfully so we were very bummed to find out that Gavin had been attacked in New York City that resulted in a concussion, black eyes, a broken nose, cuts and bruises.  The worst part being that they were voice affecting injuries even though temporary.  It also caused him to cancel a few shows in which he was the scheduled opener for the Train and Maroon 5 tour currently on the road.  Not cool.

Either way, he’s much better now according to the singer/songwriter as told to VH1.  “I’m feeling much better, but it will take a little bit more time to be back to 100 percent! I’m overwhelmed with the outpouring of support from my fans, friends and family. I can’t wait to get back out on tour and look forward to seeing you on the road sometime soon.”

And this is very good news for us since we are big fans of Mr. DeGraw.  Now he can get back on the road soon to support his new album due to hit the streets in September entitled Sweeter that you can pre-order on his website here. Get better and thanks for the update!