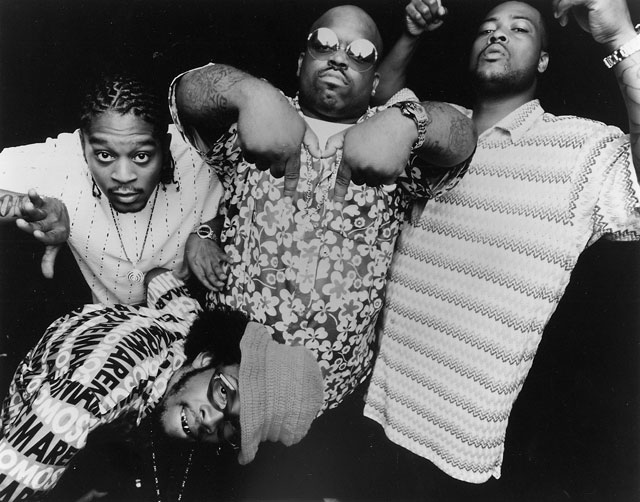 Three years ago this month, I got a phone call from CeeLo.

I remember the date because he’d just released a new mixtape (Cee-Lo & Greg Street Present Stray Bullets) of mostly solo material as a precursor to his next major-label LP, The Lady Killer. Lo was in rare form on this release. There was even a song with the B-52s called “Cho Cha the Cat.” He had his ’60s lounge singer shtick so down pat it was almost sickening.

“But tell me, what do you think about it?” he asked me. It was a surprising question considering I was supposed to be the one conducting the interview. Though I’d set up our conversation through his publicist under the premise of talking about his new release, I was really trying to sneak in some questions about his old stuff.

“How’s the reunion with Goodie Mob coming?” I asked, desperate to change the subject. Quite well, he replied. In fact, he informed me he was sitting next to Big Gipp in the limo as we spoke. I instantly pictured CeeLo rocking an ascot and smoking jacket while flashing his Cheshire cat grin. He and Gipp were laughing about something. Maybe the joke was on me.

I had forgotten about that conversation until two weeks ago, when I found myself standing before all four members of Goodie Mob at an invite-only listening session at the Westside’s Patchwerk Studios for the group’s long-awaited reunion album, Age Against the Machine, out Aug. 27. The implied meaning of the title was highlighted by the fact that the clique’s youngest member, CeeLo, was celebrating his 38th birthday, an age once considered ancient in rapper years.

About 50 journalists, photographers, tastemakers, DJs, and industry insiders stood crowded into a room with the Mob. Before the session even started, a member of the media took the opportunity to present CeeLo with a gift. This wasn’t one of those listening parties where people show up out of obligation to rub industry elbows. We’d been salivating six years to hear the results of the once-groundbreaking group’s public reconciliation and 14 years for a new album featuring all four members. This was personal. When it comes to Goodie Mob, there is no such thing as an unbiased hip-hop journalist — not in Atlanta. Either you love them or you have a hole in your soul.

Like everyone else in the room, I’d come to hear if the same cat who found his voice in Vegas and donned peacock feathers at the Grammys with Gwyneth Paltrow and the Muppets was still capable of slinging soul food with the Mob.

Over the course of the next two hours, we would hear samples of songs that would exceed our expectations and others that would confirm our worst fears. While it’s way too early to tell, from the sounds of it, Goodie Mob might finally have a shot at the kind of mainstream success that has long eluded it. Unfortunately, it also sounds like the group might be prepared to jump the shark to get it.
But the story of Goodie Mob‘s return is about more than the group’s evolution or the potential impact of CeeLo’s over-the-top success. It’s about us, the fans, and whether our own nostalgia for the Goodie Mob that was will keep us from embracing the Goodie Mob that has come to be. 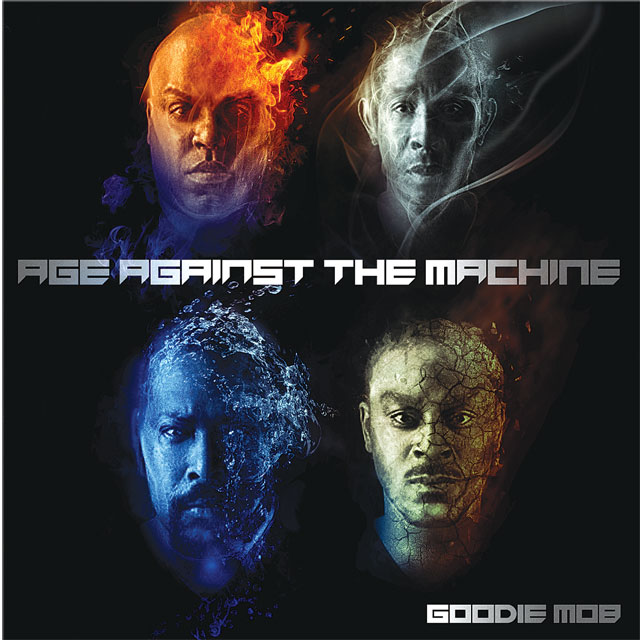 “Stop cuffing the mic like a rapper,” CeeLo jokes with Gipp after handing him the mic so he can explain the meaning behind the album title. They’d just returned to Atlanta from New York, where they’d held a listening event the night before. Unlike most of the group’s public engagements since first announcing its intention to reunite on V-103 in 2007, CeeLo seems to have broken the agreed upon color scheme for the day. While T-Mo, Khujo, and Gipp look subdued in all black, he’s rocking a white tank that sets off his bulky tattooed arms.

“All we ever wanted to do was make a stance for the South,” Gipp says. “To show people that we were intelligent, to show people that we were gonna advance the music. And at the end of the day, the machine is the one that controls the information to the people. So Age Against the Machine is really us saying that we’re still here, we’re still brand-new, and we are still fighting the machine.”

The album intro is cued up. The music fills the studio, CeeLo’s voice commandeering the track. Sonically, it’s progressive with a nod to the group’s provocative roots. That much is confirmed by CeeLo, who draws a

connection between it and the classic intro, “The Experience,” from the group’s second album, Still Standing. Next comes “Pinstripes,” a straight rap track, featuring T.I., with CeeLo seemingly taking aim at a generation of fake gangstas: “I know you/You tofu/You ain’t real meat/This ain’t real beef.” “Special Education,” the recently leaked song featuring Janelle Monáe, gets heads bobbing. And “Colors,” a song about gang life, with a slick, spoken word flow, turns into a deeper metaphor about the strength of bloodlines and family pedigree.

Read the rest of the article here at Creative Loafing.