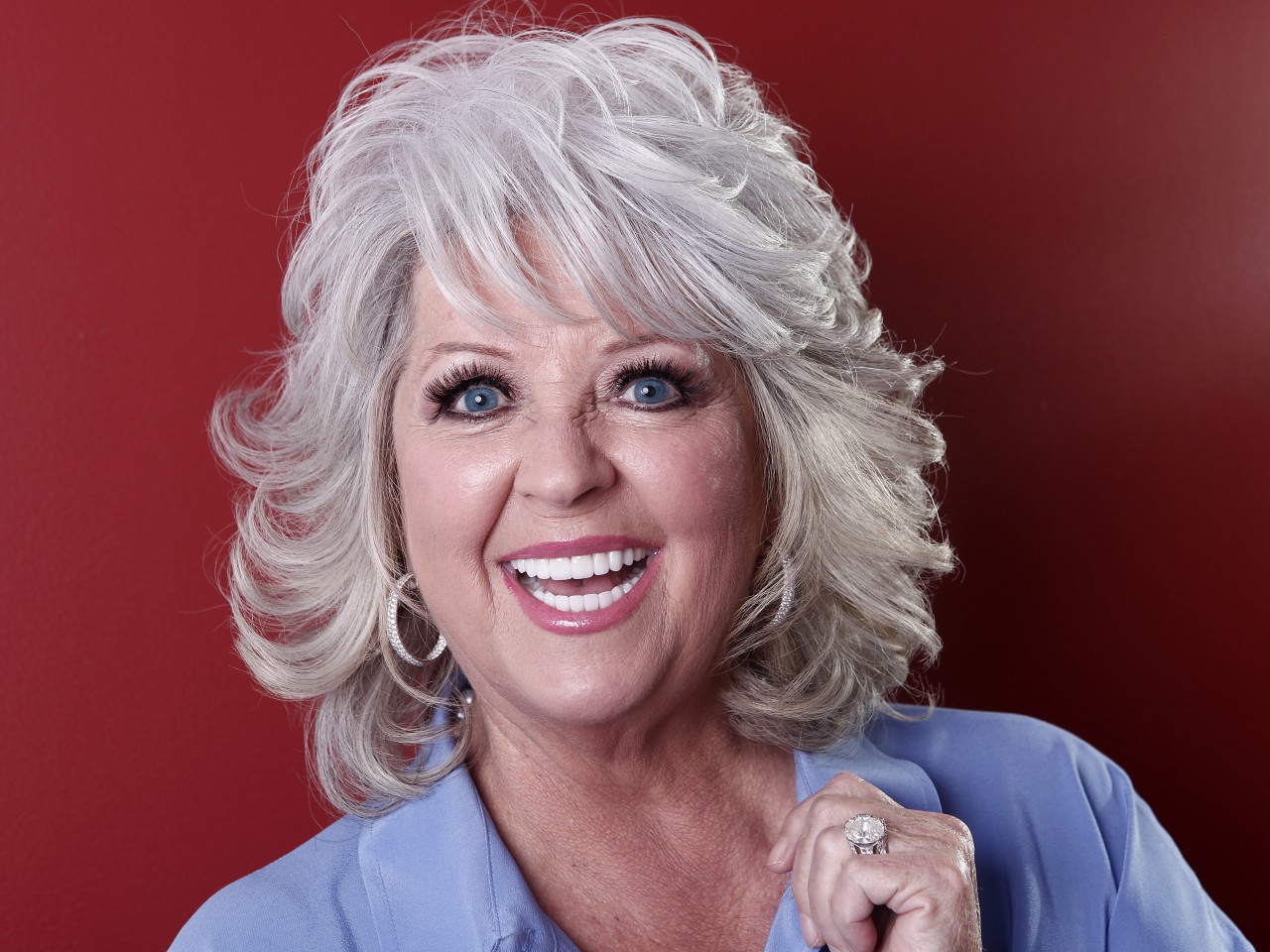 If there is one word that is more polarizing than any other, it’s definitely “the N word”.   The issue was recently stirred back up with southern cooking chef Paula Deen‘s deposition when she was asked under oath whether or not she has ever used the derogatory word in the past. Like everyone in America, she had.

Whether it’s said by people out of anger, sung along with a rap song, or just some word you said when you were young just to know how it felt coming out of your mouth, it’s become a part of our language if only because of the fact that it never goes away.

The black community takes major offense to the word, and don’t get mad, but the African-American race is the primary reason why it still has a life today. Society is many generations removed from the era of slavery when “the N word” was used as an intentional degradation as a mean and angered jab at a race of people. The only people left among those great white dinosaurs are in or nearing retirement and slowly about to be phased out as the age of racial ignorance. That generation just didn’t get other races because they were simply scared of what they didn’t understand. Replacing them are their offspring who for the most part, simply know better, or at least know enough to not say it out loud.

The black race still continues to use the word with glorious abandon in rap music and it’s so prevalent that it’s almost impossible to find a rap album that doesn’t say it. It’s also heavily used on the street.  The problem is that a huge majority of music buyers are the young white population who memorize lyrics and sing along and all it does is perpetuate the ignorance into yet another generation of non-black youths.

Why isn’t the NAACP, Jesse Jackson, or Al Sharpton banging on the doors of the record labels and insisting that it comes to a stop? The blind eye is turned to the music industry that continually releases hundreds of albums every year that are filled to the brim with the word and instead of advocate groups doing something about it, we hear all of the excuses such as, “It’s nigga, not nigger.” or “It’s used as a term of endearment.”  But if that word were to ever escape the lips of a white person in the public eye, endearment or not, the mad-ass masses come marching.

The truth is that there has and always will be a racial divide if for no other reason that we keep drawing attention to it. White people in general are in a rather precarious spot as well. Every month the newsstands are littered with periodicals that fly directly in the face of making things a level playing field for the races of mankind. For some reason, no one says anything about it or draws attention to it.

Take a look at this magazine cover and see if you find it offensive. 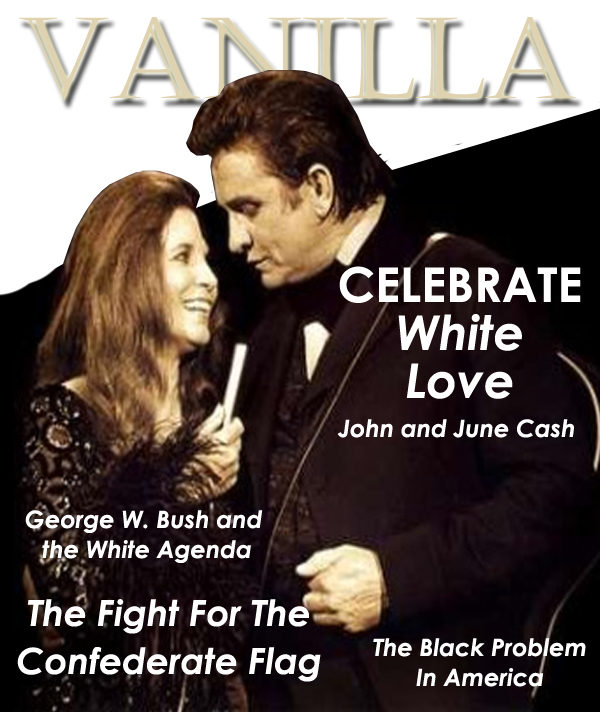 If this magazine existed, there would be a public outcry like no one has ever heard from black advocate groups.

And while some people may be quick to scream and shout and get highly offended by it, these are the same headlines ripped from various black magazine covers like Jet and Ebony with the word “black” replaced with “white”, so why is it any less offensive? Not only is it on the newstands, but in the grocery aisles for all children to see which immediately sets in motion the thought process of, “There is a difference between white and black.” 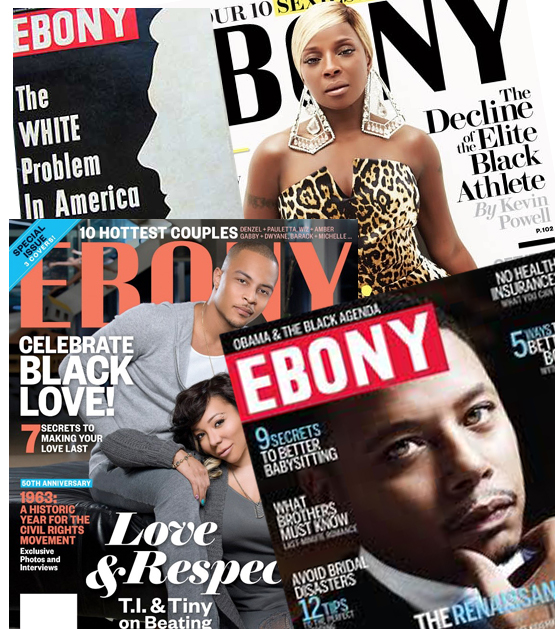 The problem with racial matters is perception. The black community sees nothing wrong with magazines like Jet and Ebony that celebrate black heritage, and there isn’t. But it does set the public  perception of differences into motion for everyone whether it be subliminal or not. Although these headlines are far from subliminal.  There’s a very distinct reason why white people don’t have their own magazine about “white heritage” and it’s primarily because it would be seen as racist. But one has to ask why? It wouldn’t even matter if the articles were expertly written. No one would create such a magazine because of the perception of racism, but the question remains as to why it’s okay for one race and not another.

Websters defines racism as “a belief or doctrine that inherent differences among the various human races determine cultural or individual achievement”. By that definition, the very existence of magazines like Jet and Ebony are racist. They set out to differentiate one race over another.  It celebrates black achievement which is perfectly fine in itself, but if the equivalent was to be done with another race (like our fake “Vanilla” magazine) and it be perceived as racist, it raises a very good question. By the very definition of the word, how is it not racist?

In American history, every race has experienced racism in some form or fashion. Racism is a fact of life, but the truth is that it’s something taught, not inherited by genetics. Racism is certainly not something to be complacent about, but the age of those racist dinosaurs is slowly dying away. The only true way to stop the growth of more ignorance is simply to stop perpetuating it. Black communities can’t spout off the “N word” so haphazardly in music and everyday language and then become up in arms when a white person admits to using it once in the past while under oath to tell the truth, the whole truth and nothing but the truth. Paula Deen did just that and her honesty put her out of a career.

A race can’t demand equality while continuing to point out differences between their race.  But society needs to ask itself some questions. Would anyone truly miss “the N word” if we stopped using it in our music? Everyone is aware of the obvious differences (physically and culturally), but what does it matter? Why are people so wrapped up in the most shallow of details? What happened to a person’s value and deeds as being the worth of their character?

Music is the great equalizer, but when will we stop giving credence to songs that glorify those “words” and put a stop to it?  It’s like being mad at the baker that you’re fat, but you keep going back to him and paying him for the cakes. He’s going to keep making the cakes if you keep paying him for it. But if you say to him, “The cake is still good, but I’m not buying any more of your cakes because I don’t like the frosting you use.”, then eventually, he’ll stop using that frosting.

And it’s perfectly fine to celebrate individual achievements, but when you do it for the sake of a specific race, you’re simply encouraging the continuation of the very travesty you’re fighting against. We don’t expect that these magazines or agencies will close their doors because there’s still much work to do, but coming full force to something as trivial as Paula Deen admitting to using the word in the past does nothing for the community. Nature has its own way of weeding people out without your help.

The knee jerk mafia approach to these types of minimal offenses cause more damage than healing. Are you really bent out of shape over this? If you are, put on Marvin Gaye’s What’s Going On album (the entire album) and spend some lyrical quiet time to reassess and get realigned. There are bigger injustices and purposeful missions out there that are much larger than attacking a funny white gal that makes a mean pecan pie who simply doesn’t know better.

Stop the disease and not the person who comes down with the illness.

1 thought on “Racism: Paula Deen and The N Word”