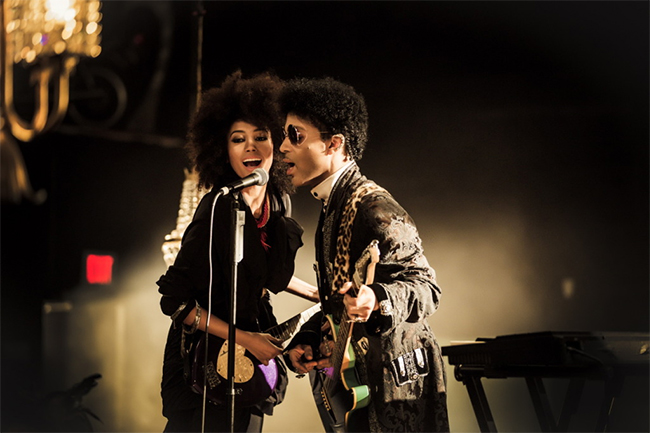 Prince is leaving the confines of Paisley Park to perform in Minneapolis at some shows at the Dakota Jazz Club.  We were informed by Dr. Funkenberry, that the pop band Fun. took over Paisley Park studios, so Prince is moving their tour rehearsals to the downtown Minneapolis jazz club to keep the ball rolling.

Prince will manhandle the club for 3 nights starting tonight (Wednesday 1/16) where they’ll audition a new drummer (por qua?), do some improvisational music (aka jam session) as well as have DJ Rashida spinning some “new and unreleased music” (by whom?). There were two shows scheduled tonight at 8pm and 11pm CST and both were $70 a piece. Sold out.

The jam continues on Thursday with 2 shows at 8pm and 11pm with tickets going for $100-$150 in what’s being referred to as an afterparty vibe. And then closing out the three day stint with 2 “surprise” shows on Friday at 8pm and 11pm with tickets ranging from $200-$250. You’re best bet to see Prince would probably be on this night, but we’re told he’ll be making appearances on all 3 nights but just with varying levels of involvement. And again, all shows are sold out anyway, so the best anyone can do is hope for bootleg leaks on these shows.

Dr. Funkenberry announced that they will do a “spreecast” on Wednesday night that people can take advantage of here where he’ll discuss some of the happenings along with a special guest called 3rdEyeGirl who is Prince’s new girl band. This isn’t a live feed, but Funkenberry notoriously has a lot of Prince info.

This also brings up two very important questions. The first is where will this next tour be performing at? Could it be Atlanta or disappointingly somewhere very far away? It’s hit or miss, but we’ll make sure that you know either way.

And the next question that may be even more interesting is whether or not Prince has any involvement in the next Fun. album? Are they simply using the studio or will Prince have his hands in the production or even better, a guest spot or two?

Well, you know where to tune in for the answers, right? Of course you do. Right here, baby.

1 thought on “Prince Hits Minneapolis To Plan For 2013 Tour”