Sometimes It Snows In April

He played two shows in Atlanta that night of April 14th, 2016 and I was at both of them. At the first show at 7pm, I was in the 5th row and he was right there 8 feet in front of me shaking hands with the front row.  For the 10pm show, I was all the way up in the balcony and it was far more magical there. The acoustics at the top of The Fox is pure heaven.

I shook his hand, I got a chance to sing next to him at the afterparty for the One Nite Alone tour as he nodded his head, smiled and acknowledged me by “slapping me five.”  He sat literally arms length away to me playing keyboards while I sang along. He would continue to “slap me five” multiple times that night. He came out into the crowd that evening to check the sound and I finally stood in front of him and got to tell him how much his music meant to me face to face.

Then the following year, I found a way to get on stage with a half dozen other people and danced on stage while Prince stood 3 feet in front of me playing guitar facing out to the crowd. I wouldn’t have had the nerve were it not for people on either side of me taking the leap of faith and jumping onstage before me. I realized I would never have that chance again, so I went with my gut and joined them. It was euphoric and I was right. 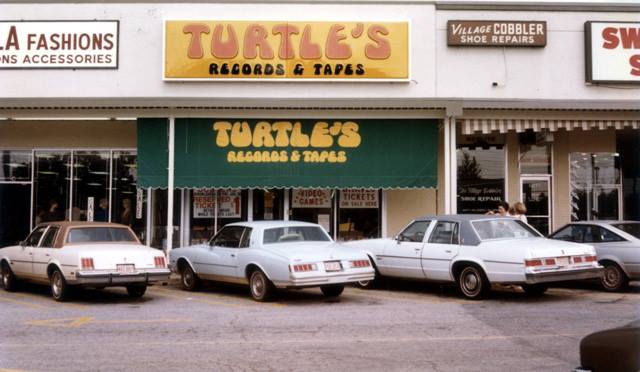 My relationship with Prince‘s music began in 1982 when a friend of my mother’s took me to see Prince‘s 1999 concert. I had heard his music on the radio. I had heard Controversy, I Wanna B Ur Lover. and Let’s Work.  So while I liked his music, I wasn’t a fully functional fan until that night.  I had no idea what I was watching, but the ambiance was thick with sex and funk. I was 14 and had no idea what I was even watching. I just knew it was something bigger than I could comprehend and I had an overwhelming desire for more of whatever it was.

Two years later, I would camp outside Turtle‘s record store for two days to buy tickets to Prince‘s Purple Rain show in Atlanta only to have it sell out two shows before I even made it to the ticket counter. Then something magical happened and he added 3 more Atlanta shows and I bought a single ticket to each one. Prince had officially become my obsession.

Over the years to come, I would meet most of my best friends at Prince concerts or during school talking about Prince. My friend Rob and I almost based our entire friendship around Prince‘s existence. We went to all of the concerts together, we bought the albums, we learned the lyrics, we winced at the necessity of having to purchase the Lovesexy album with “that” cover, we were mad that it was all one long track on the CD, we laughed while reading the lyrics to It before we got to the record player to actually hear the song.

For me, the stories would keep coming year after year until it went dry in Atlanta and he toured the world seemingly avoiding Atlanta for 12 years with exception to playing background guitar for Tamar, but it still left a 10 year hole where his presence was sorely missed. So when it was announced that he would be coming to Atlanta for 2 shows, I knew it was inevitable that I would be at both shows.

I cut my family’s Florida vacation short by a couple days in order to make it back for the show. It was canceled hours before the show when we were 2 hours outside of Atlanta. A few days later and Prince would reschedule the show for the following Thursday April 14, 2016.  I had no idea that it would be his last performances, but something inside of me caught fire and it was evident that something special was happening.

Atlantans lined Peachtree on both sides of the street that night and the presence of thousands of people spilled out into the street while Atlanta police had to shrink the 4 lane road down to two while the 7pm and 10pm shows switched places into the venue. Sharply dressed gentlemen, beautifully garbed women and a vast array of fans from 3 generations wearing Prince concert shirts from the past. 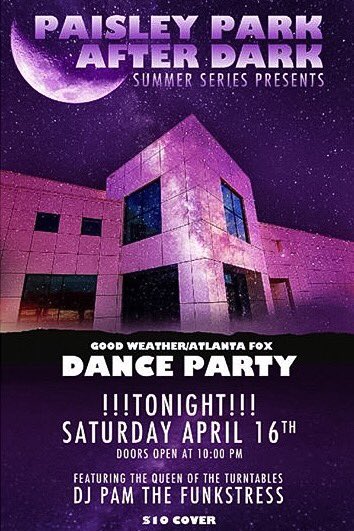 The shows were amazing and when it was over, I was mentally floating from the performance. I had high reservations that he would ever be able to perform by himself and fill the room with music that would be a satisfying experience and I was pleasantly happy to be very wrong. I had even purchased almost every piece of merchandise he offered for a reason I still couldn’t justify to myself. A t-shirt, a poster, a program, and even a coffee mug.

The following day when his trip back to Minnesota had to make an emergency landing, something didn’t feel right. Then when he made an appearance at a Paisley Park dance party waving to fans to verify he was okay, it seemed that either the media was yet again out of control or he was doing all that he could to hide something very serious.

Prince fans were used to the media reporting falsehoods about him in the past and this time seemed no different. However, there was still something strange about an emergency landing of a plane for flu-like symptoms. Everyone was willing to overlook whatever the situation was because simply, Prince was okay.

On the morning of April 21, TMZ reported that ambulances and a hearse were outside of the Paisley Park complex. While most all of the attention was immediately directed to the welfare of Prince, everyone was still distraught thinking that anyone in the Prince family could have passed onto the next world. Something inside of me shut down.

I was having a heart attack at work trying to keep my emotions in check and put on  brave face, but there was a “disturbance in the force.” I found myself getting very upset before his death was even verified.

Madly refreshing the TMZ page since their reps were already onsite and would most likely be the first to report it, a wave of nausea hit me when the latest post made the announcement; Prince: Dead at 57. Time froze in that instant. I literally had forgotten how to breathe. 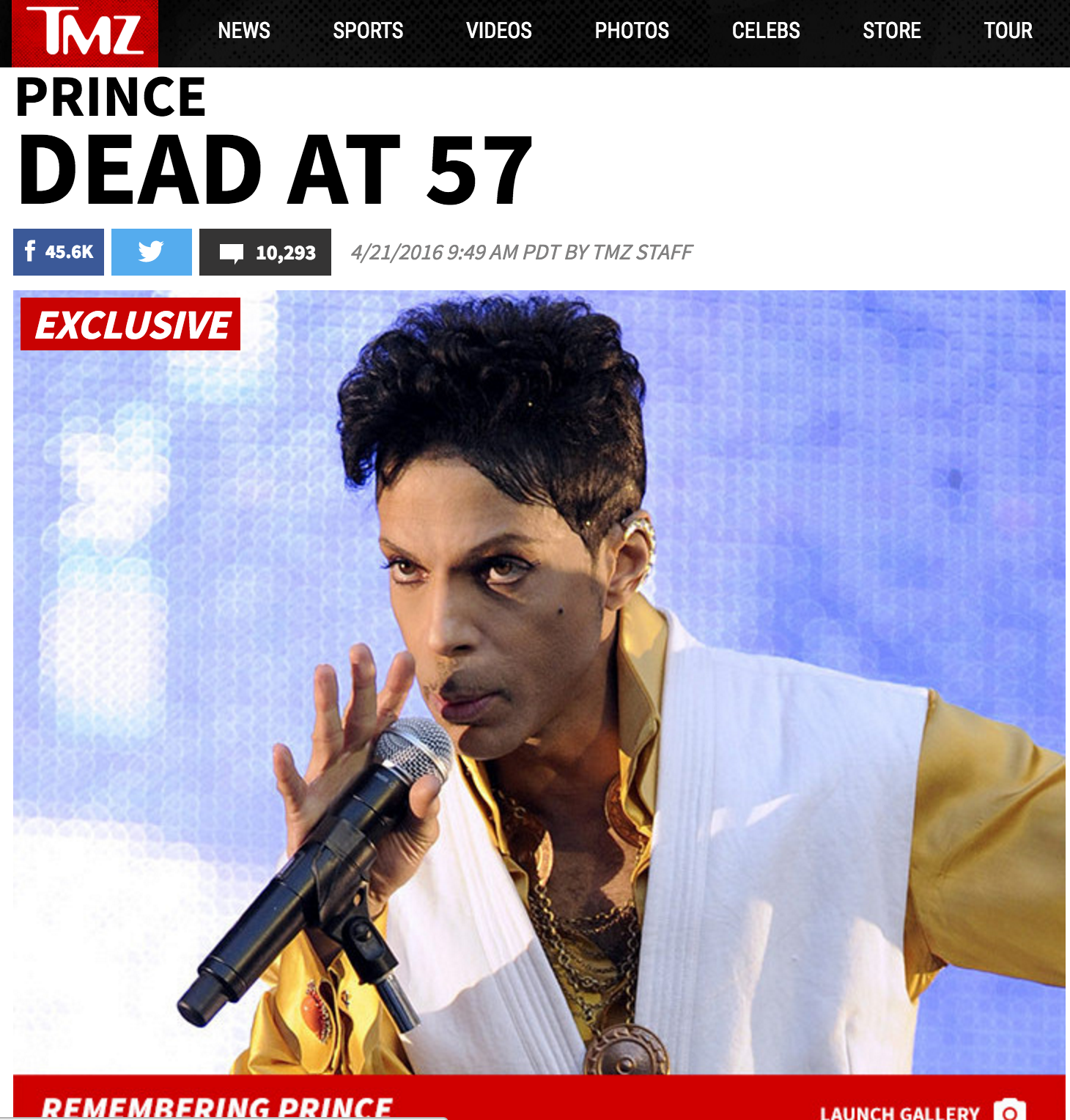 For what seemed like minutes, I couldn’t breathe. He had just tweeted about Funkatopia days ago. I just saw him perform both shows in Atlanta and put on two beautiful displays of stunning artistry. There were no signs of ailment or frailty that was evident to me. He was 57 years old, so any degradation in the show was, in my opinion, just a result of getting older. The same aging process that has me grabbing my knees after walking up a single flight of steps.  Even I had come a long way from the teen who was comfortable wearing a pink suit all because of him. 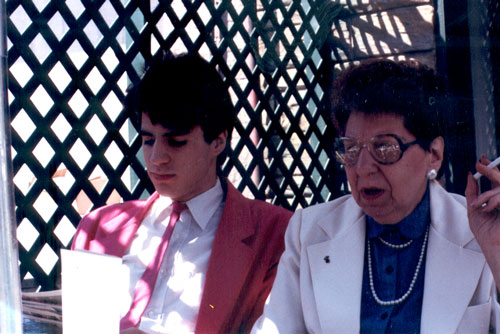 I immediately did like millions of others and went about the verification process. I checked with Liv Warfield, nothing there. I checked with Shelby J, quiet. I checked with his publicist. Nothing. By the time I got to Dr. Funkenberry, he too was in a maddening verification process. I had already echoed TMZ‘s announcement, but he refused to confirm it while thousands sat in wait.  Before he could verify it, the Associated Press had already released it as fact and Prince’s publicist had released the news. It was true. Prince was dead.

Trying to hold it together was very difficult as my cell phone began ringing constantly for the next 5 hours. “Yes, I heard.”, “I know.“, “I’m fine.”

My Facebook account was beeping like a security system as I was inundated with activity alerts every few seconds. “I immediately thought of you when I heard this. Are you okay?“, “I am so sorry for your loss.”  I had to do regular posts just to let everyone know that I was still alive.

He was found by Paisley Park staff unresponsive in an elevator and while I fought it, the only thing I could think of was the opening lyrics to Let’s Go Crazy. They tried CPR and couldn’t revive him. We lost Glenn Frey. We lost Vanity. We lost David Bowie. We lost Maurice White. It couldn’t be true.

Prince changed my world and I am far from alone. He changed the face of music. His albums were responsible for the implementation of the now infamous parental warning stickers. He completely embraced the internet releasing his music and rare tracks via his own online music organization only to swear off the internet and remove his works from every corner he could find. He had even created his own video game.

There will never be another like him and the passion will never be met again. No one was more of a complete musical package. Even in death, his legacy will live on for generations to come. Everyone will grieve, but we should never forget to celebrate that we were a part of that legacy. You should feel blessed that you got to be a part of his world and that his music will live on forever.

He passed away in April just like Christopher Tracy in Sometimes It Snows in April and on the day he died a rainbow appeared over Paisley Park. Even days later I keep thinking that it’s a really, really bad dream. 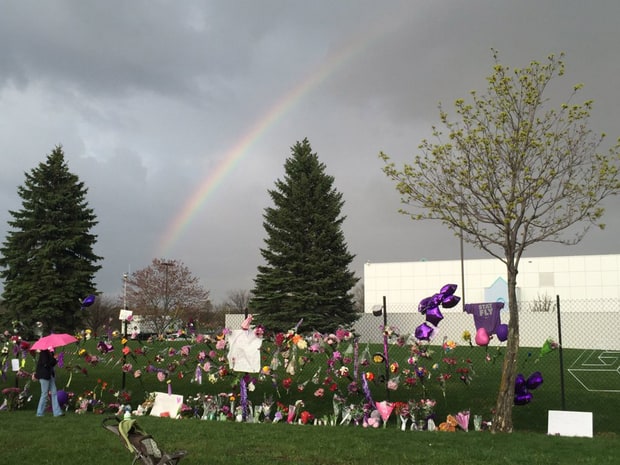 1 thought on “Prince: My Personal Adventures”