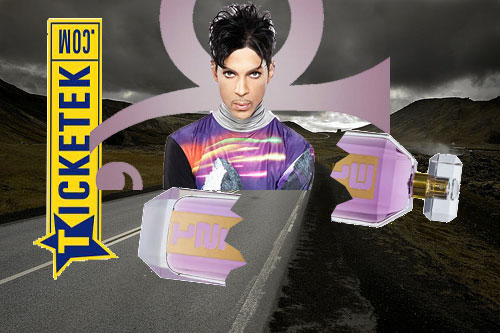 Even after what should be a successful 2012 Australian Tour announcement, Prince‘s world has been riddled with crappy news.

Whether it was intentional or not, the New York judge overseeing the case against Prince from Revelations Perfume and Cosmetics decided to announce his judgment a mere 24 hours after Prince announced the Australian Tour.  The judgment hit Prince with a whopping $3.95 million settlement against the performer for failing to promote the 3121 perfume after Revelations had spent millions of its own money to promote the product for him. You can read the sordid details here.

That lets Revelations win twice. Once in court to the tune of $4 million and once again with all of the added promotion it’s receiving for suing the very hand that helped create the fragrance and whose name is still associated with the perfume. Because it certainly hasn’t kept Revelations from selling it. Free publicity is a greedy bitch.

Then to add to Prince‘s woes, ticket monopoly Ticketek didn’t plan for the onslaught of ticket sales that caused their systems to crash and burn multiple times when Prince fans decided to buy tickets to the tour down under. Many fans complained that the system failed to process payments or give them tickets at all.

A situation made even worse as the tickets began appearing on Ebay for nearly 10 times their face value which infuriated them even further as it became obvious that ticket resellers had flooded the system and snatched away tickets for nothing more than profit motive. Nothing new there, but a bad PR problem nonetheless. One that they were even forced to address on their Facebook page. 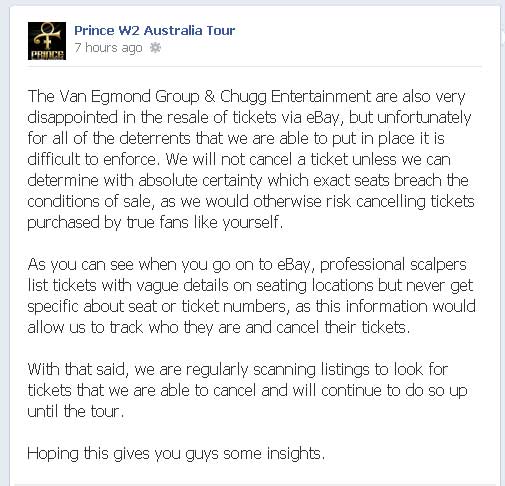 While Prince‘s camp remains tight lipped about the perfume judgment, he did add 2 more shows to the Australian tour dates to help quell the fury. Some even speculate that the added dates were to compensate and help pay for the judgment against him. Either way, Australia now has 7 shows to choose from and whole lot of funkiness going on.