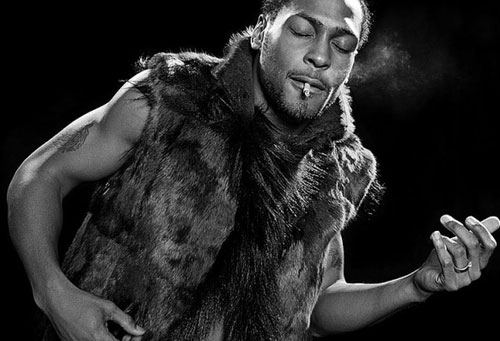 The news for D’Angelo just keeps on coming and it’s very exciting. On top of receiving news of D’Angelo working on a brand new album thanks to our good friend The Roots drummer Questlove (via tweet), D’Angelo decided to take some of the new songs and also past material on the road for some European dates.  Now D’Angelo has added his name to the lineup at the Essence Music Festival in New Orleans on July 6th which will be his first U.S. show in over a decade.

D’Angelo decided that the time was finally right to release the hounds stateside and adds his name to an amazing billing which already includes Trey Songz, Pointer Sisters, Keyshia Cole, Charlie Wilson, just on that Friday night when D’Angelo is performing. The festival runs July 6th through July 8th.

There was also some excitement some months back when he added Jesse Johnson to his European lineup (Morris Day and The Time‘s guitarist) after Jesse walked out on The Time due to their refusal to hit the road and support The Time reunion. So a question on everyone’s mind is whether Jesse Johnson will be a part of the mix at the U.S. appearance.

The other question would be whether or not this signals a U.S. tour for D’Angelo to support the upcoming new album and exactly when that album will see the light of day.

So the only thing left to do is enjoy some of D’Angelo‘s 2012 Eurpoean performance below. Because as far as getting answer to those questions, we’re pretty sure that people have learned by now that it will be on his own schedule. Who’s excited?! If you need tickets, this is where you go.