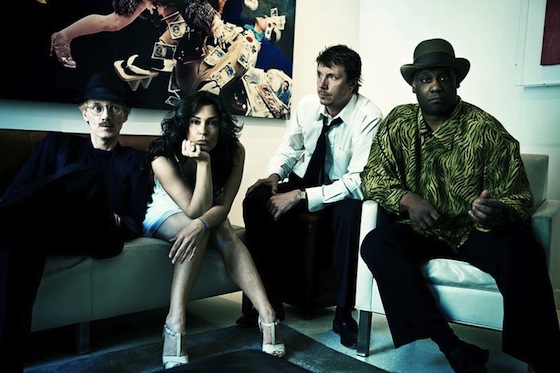 Prince strikes again as he once more pulls the copyright card on FDeluxe aka The Family on their Soundcloud channel.

FDeluxe found out that their material was pulled because it supposedly featured some of their previous work with Prince when they were The Family such as Mutiny, Screams of Passion, Nothing Compares 2 U, and others.

Instead of removing the offending pieces, Soundcloud closed their entire account (Ed. note: Their account has finally been reinstated as of 7/22/2013.). A search for “fdeluxe” on Soundcloud now yields no results at all. FDeluxe has yet to make an official announcement about the situation but took to Facebook stating, “Well, we no longer have our music on Soundcloud thanks to an old ” ”

Unfortunately the war may not be over since the bands own website at http://fdeluxe.com/ also has clips from The Family days, so it’s yet to be seen whether Prince’s hammer strikes there as well in the very near future.

This is not the first swipe from Prince at an old band which came to a head a couple years ago when the Time was denied the ability to even use their own band name and had to switch to The Original 7ven.

In the meantime, support FDeluxe and join the conversation (and outrage) at https://www.facebook.com/fdeluxe and via their Twitter page https://twitter.com/thefdeluxe. And even better yet, buy their music at http://fdeluxe.com/ and fight the system.