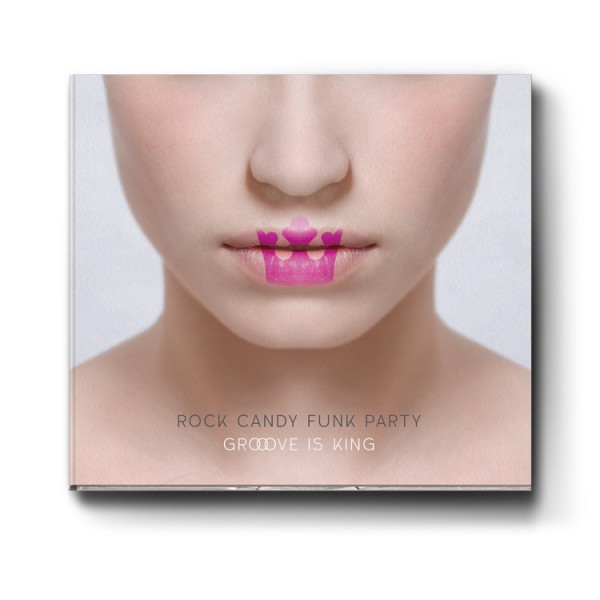 (due on the streets 7/31). The more deadly nasty funk grooves from the first offering slid into the back seat and taking the steering wheel is the groove-laden jazz riffs that are the right side of tasty and the left side of hot sauce.

The RCFP supergroup consists of Tal Bergman on drums (Chaka Khan, BB King, Billy Idol), the legendary Joe Bonamassa on guitar, Ron DeJesus also on guitar (The Emotions, Tito Puente), and Mike Merrit on bass who some may recognize as the bass player from Conan O’Brien’s Late Night show band The Basic Cable Band, but who has also shared the stage with Bruce Springsteen, Stevie Ray Vaughn and many others.

The 16 track album is technically 13 due to 3 segues from the gravelly-throated Mr. Funkadamus who sets the tone for the audio assault you’re about to experience. Here’s a taste;

The song selections jump from laid back stompers like East Village and The 6 Train To The Bronx over to songs such as Don’t Be Stingy With The SMPTE that some may call flat out disco in the vain of Jamiroquai style string stabs.

There are many great standouts on this release such as Rock Candy with its quick finger keyboard chops backed by a East St. Louis Toodaloo horn section, and the fantastic title track Groove Is King that is dark, bassy, super deep and thick.

There is one strange bird in the mix and that would be the cover of Peter Gabriel‘s Digging In The Dirt. While at first it seemed out of place, you began to quickly realize the funky nuances of the song that you probably missed in the original. Outside of the Mr. Funkadamus segues, it’s also the only song that features vocals from powerhouse vocalist Zia.

For fans of the styling of old school Headhunters or Tower of Power, you’ll definitely feel at home with the jazz funk flair of Don’t Funk With Me. For 80’s funk fans of The Gap Band or Lakeside, you’ll have a shot to the jugular as well with the synth pop laden C You On The Flip Side or alternately the 80’s keyboard stab filled Low Tide.

The album is filled front to back with great bouncy grooves and sweet meaty riffs including great surprises like the closing techno/hard rock tag team of The Fabulous Tales Of Two Bands.

It’s simply packed full of great tunes that will quench the funk quota for both funk fanatics and jazz-funk afficianados.

hits the streets on July 31, 2015 and you can nab the CD as well as a Bonus DVD which contains over 50 minutes of footage from the studio sessions, interviews with the members, as well as some other surprises.

Hit their site at http://www.rockcandyfunkparty.com/ for all of the details and snatch a free song download in the process.