FREE FUNK CONCERT! The Sweetwater 420 Fest is coming and you shouldn’t be anywhere else! Sweetwater Brewing Company is doing a major concert event in Candler Park in Atlanta, GA from April 19-21st where you can come out and enjoy some great beer tasting, and take in some great music to boot.

Among the major performers in the mix will be George Clinton and Parliament Funkadelic, Robert Randolph and the Family Band, Ivan Neville’s Dumpstaphunk, Papa Grows Funk, Black Joe Lewis & The Honey Bears, Earphunk, and so much more.  There will also be comedy tents, kid’s areas, and much more.

The event starts on April 19th and runs through to April 21st at Candler Park in Atlanta. You can view the lineup on their site here. We mentioned that it’s free, right? You better get down there and represent! 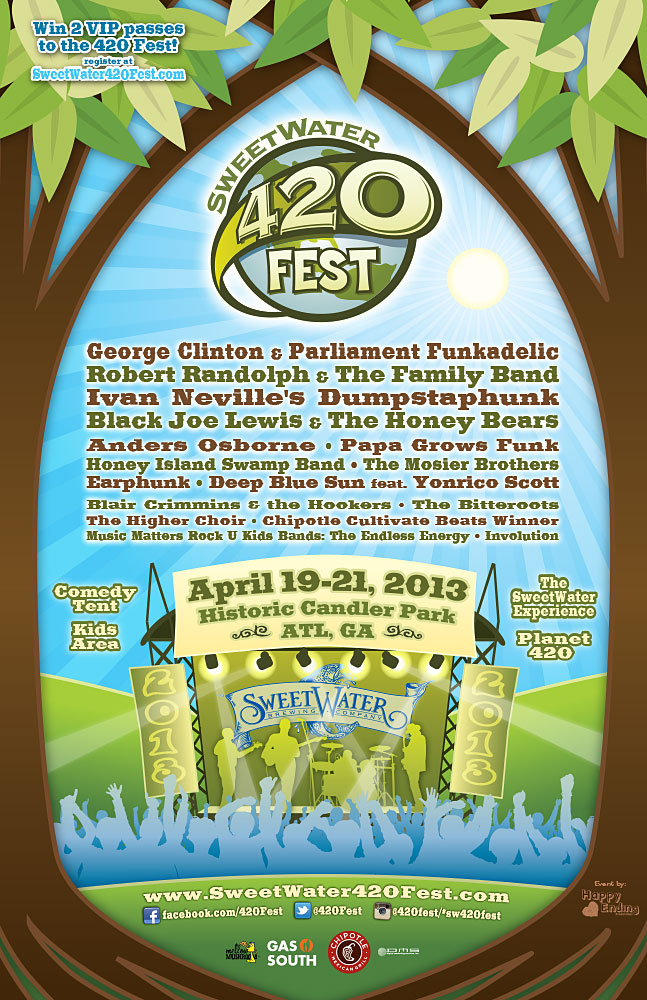