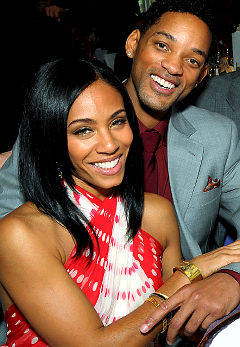 According to 3 separate sources (The Examiner, TMZ and the Daily Mail), Will Smith and Jada Pinkett-Smith are planning to separate.

The couple has been in public eye for many years, being married for 13 years and was always seen as the “Hollywood’s couple”.  Both Will Smith and Jada Pinkett-Smith are critically acclaimed actors and even have children (Actor Jaden Smith and singer, Willow Smith) that are kickstarting their own careers right now. Willow “Whip My Hair” Smith is starting out in music where daddy Will got his start as part of the Grammy award winning rap duo DJ Jazzy Jeff & Fresh Prince.

Will Smith has always touted the importance of the marriage institution and importance to the children even though he himself is already a divorcee. Additionally, there has been talk that Jada’s TV show Hawthorne has caused some major rifts with the couple that has extremely steamy sex scenes.

Regardless, we hope they can keep it together if only for the kids. They are truly a class act and we hate to see something tear two people apart that are very strong willed individuals that have worked very hard to acquire the success they have now.