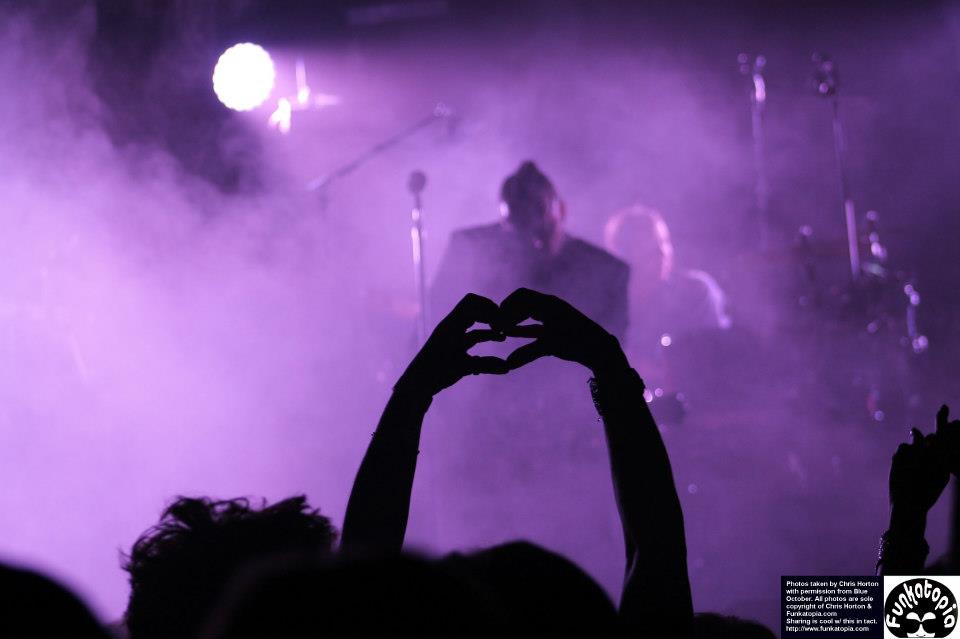 Every now and then we love to review a really good band that might not necessarily fall under the “funk” banner, but when we do, you guys always love it, so we’re doing it again. 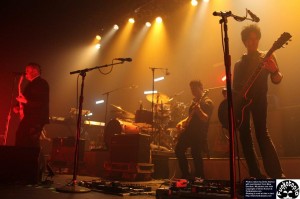 Blue October is one of the those bands that falls under the radar for most and that in itself is a crying shame. The band started well over a decade ago bursting out of Texas. For the most part they went unnoticed on Universal‘s label (nationally anyway) until a lucky break landed their song “Calling You” onto the American Wedding soundtrack.

Fast forward many years later and they would find even more hits with songs like “Hate Me” and “Into the Ocean” off of their critically acclaimed Foiled album. And fast forward two more albums later (Approaching Normal and Any Man In America) and they’ve never really stopped touring to support their fans insatiable, unquenchable thirst for them.

Blue October has that special something. Lead singer/songwriter Justin Furstenfeld has that uncanny ability to write songs that stay with you days after you’ve heard them. It’s also the primary reason the band can almost never come to a stop while on a constant journey for their own definition of perfection. 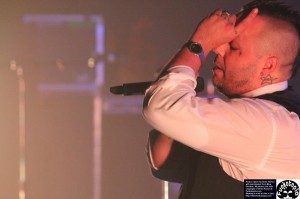 For Justin, this music is simply cathartic. Every album delves into his mood of the moment, which can range from angry to remorseful to suicidal and occasionally happy. But never content. The latest offering released earlier in the year is Any Man In America which has a very common theme of anger, hate and fallout from divorce that touches more on his crash and burn and frustration.

This performance in Atlanta on October 1, 2012 seems to find him a bit worn out from the process. He’s still raw, still emotional, still angry, but just ground down at the frustration of his own vitriol and the maddening process that drove him here.

These wide range of emotions is always reflected on each of Blue October‘s albums and they’re recorded with verve and vigor.  While most bands have a difficult time re-enacting those magical studio moments, that simply isn’t so for Justin.  He always delivers his lyrical mastery during these live performances with the same raw emotion as it was originally recorded complete with hand and facial gestures as if he’s telling the story to the audience for the first time. 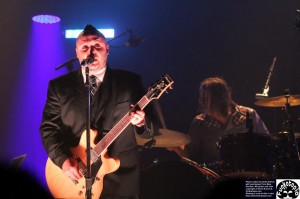 The Atlanta performance brought a wide variety of material from all of their albums including songs like Balance Beam, Into The Ocean, Libby, Amnesia and even James was strangely brought back into the mix even after Justin announced that it wouldn’t be played again during the Argue With a Tree sessions. But the song has strangely become part of their setlist again going back as far as the Approaching Normal‘s initial tours. We’ll have to ask him about that.

The sets were masterfully strewn out to weave together new and old along with the classics that some might not have expected to hear. One of their more notable songs, Calling You was curiously absent, but with their wide reaching selection of songs, no one seemed to notice. We greatly appreciated the mix of tunes that kept all of the fans quenched.

The crowd was condensed and loud and a large portion of them donned VIP badges showing Atlanta that the B.O. fans were out in full force. The ambiance was passionate and at any point during the evening you could find people in the audience crying, screaming, shouting, and singing with full lungs which only further proves just how much this band means to people in this town.

Justins vocals were crisp, clear and strong which indeed spoke to his internal strength. We’re pretty confident that the remainder of the tour dates on this Quiet Mind leg will experience the same level of energy and delivery. His ability to wrap the audience into a story and express his emotion time and time again is what separates him from the other modern rock rabble. It’s the same draw that keeps people taking in the same movie repeatedly. 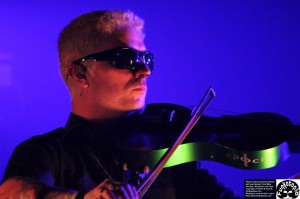 The entire band was solid and “in the zone” adding the perfect amount of moody effects when it was called for.  Ryan Delahoussaye was particularly on fire with his existential violin and sweet keyboard riffs. Julian Mandrake stayed super tight and focused with superb guitar work while Matt Novesky‘s bass licks were only backseated in awesomeness by his incredible background vocals and growls. And brother Jeremy Furstenfeld stayed in the pocket with his impeccable timing and grooves.

All in all it was an incredibly successful night of music with the boys from Blue October. They set out to satisfy everyone in the audience with their song selection and perfectly structured the setlists in a roller coaster of emotion and mastery of flow.

Check out the tons of photos we took at the event here at http://goo.gl/5itQK. If you can get out to a show in the near future, head to their website at http://www.blueoctober.com and take one in. If the remaining shows on this tour leg are even remotely similar to their Atlanta appearance, you will not be disappointed in the least.

Encore
Breakfast After 10
You Make Me Smile
Italian Radio