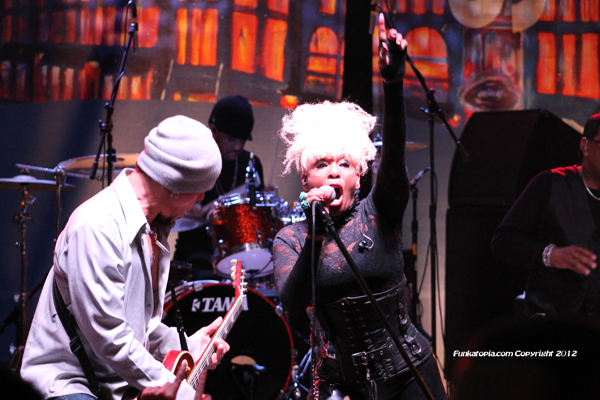 It’s hard to argue with decades of success and it’s even more difficult when hundreds show up to witness Mother’s Finest take the stage in a tiny park in the town of Woodstock, GA on a beautiful night on May 12, 2012.

Forever embroiled in funk rock, they are the mack-daddy’s (or mack momma) of the genre capturing the hearts of fans of varied genres and continuously defying anything radio told them they had to play. Tonight was a celebration of all that they had accomplished and they did it in grand fashion.

The evening was full of hits mixed in with other rarities and shared among groves of fans who traveled from miles around wearing Mother’s Finest shirts representing each of the many decades Mother’s Finest has performed up until this amazing night. 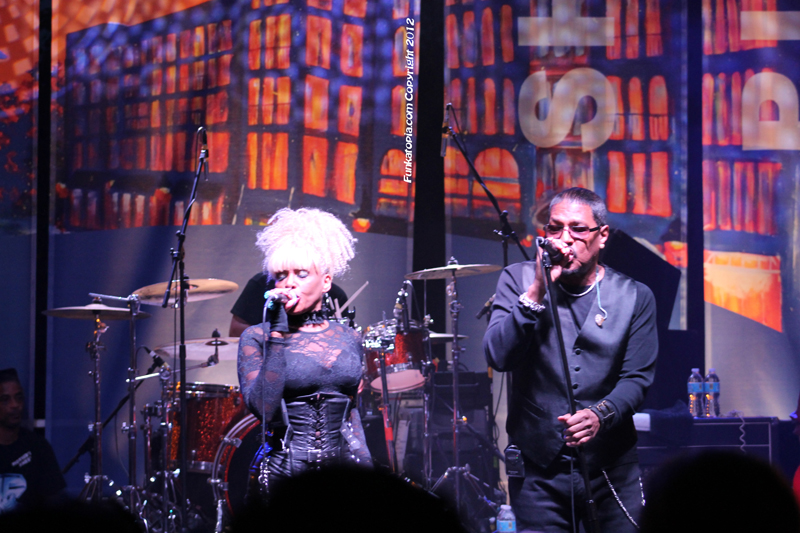 The band has learned a lot over the years sharing the stage with acts ranging from The Who, AC/DC, Earth Wind and Fire, Santana and many others. It seems they’ve extracted the best elements of those performances and rolled out something all of their own.

Many who have seen Mother’s Finest perform in the past understood that this was the shortened meaty performance as opposed to the more lengthy that many hardcore fans have come to appreciate in the more off the cuff performances that gave them the cult following they have now.

Considering that it was a free concert, it seemed that Mother’s Finest knew that the audience they were playing to would be a majority mix of “hits” fans with about a 30% blend of the hardcore. That being the case, they catered to literally everyone there in what seemed like a flawless setlist.

Vocalists Joyce “Baby Jean” Kennedy and Glenn “Dc” Murdock were in some of the best vocal shape we’ve heard them perform in a long time blazing through their hits like “Thank You“, “Truth’ll Set You Free“, “Mickey’s Monkey” and many others that many never even expected to hear like “Breakin’ Down The Wall“.

Moses Mo ruled the guitar with amazingly smooth solos and screaming riffs that essentially defined the Mother’s Finest sound over the years. And none could argue that the grooves that bass player Wyzard lays as the foundation of their funk is solid as a rock. His fans alone circle the worlds many times over.

Guitarist John Hayes stage presence was hard to ignore as his energy level was off the charts. He bouncd and danced through every tune and Dion Derek held everything together on drums with amazing precision and an unshakable support system.

All in all, the overall feel was unbridaled passion and energy from beginning to end that we haven’t seen in quite some time from the band. We’re sure that the sea of fans had a lot to do with the performance because the energy level was downright palpable.

Of the most unusual aspects is the fact they haven’t released a full album in many years with exception to the live recordings. But for a band who hasn’t pushed out a new album in almost a decade, their fans haven’t missed a beat and it damn sure looks like the band hasn’t either.

All being said, Mother’s Finest is currently on the road and the amount of energy that they have and their live show prowess is unmatched. We have no choice but to give the Mother’s Finest current 2012 tour, a whopping 5 out of 5 afros. Get out and see them. They’re on fire right now and you need to see it.

Check out more photos on our Facebook page here and watch a clip of the show below.