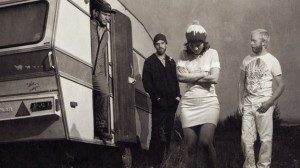 Little Dragon is a band on the move. Their 2009 critically acclaimed album Machine Dreams brought a lot of attention back to the genre of pop electronica and Little Dragon was quick to lead that charge. Lead singer Yukimi Nagano had brought a beautiful voice to lay over the bleeps and blips that allowed the genre to breathe new life once again.  Not since Ndea Davenport laid her vocals over the acid jazz tracks of the Brand New Heavies has a vocalist single handedly recreated a sound that many considered D.O.A..

The union snagged the attention of many artists starting with Damon Albarn (from Gorillaz and Blur) who approached them to collaborate with the Gorillaz on their Plastic Beach album which resulted in two of the albums most acclaimed songs (Empire Ants and To Binge).  That notoriety then resulted in David Sitek (of TV On The Radio) asking Yukimi to lend her vocals to the If You Return track on his solo album Maximum Balloon.  And now you’ll hear Yukimi on Raphael Saadiq’s track entitled Just Don’t and also Outkasts’ Big Boi on his next album since he decided to produce one of their songs on his next album at the nudging of Andre 3000 who had also been smitten by her siren song.

As for Little Dragon’s new album Ritual Union, to put it bluntly, it’s simple and gorgeous at the same time.  From a Funkatopian perspective, the level of funk you’ll experience is akin to the slimmed down electronic nirvana of what we loved about the formula of Prince’s Kiss and When Doves Cry.  An influence that Esquire wasted an entire review analyzing instead of focusing on the true brilliance of Little Dragon.

The band describes themselves as what it would sound like if Erykah Badu was fronting the Psychedelic Furs. And while that’s not far from the truth, a better description would be Erykah Badu fronting Radiohead. The electronic beeps and blips, single note keyboard stabs and riffs are all melded together in an inarguably trippy fashion that make it difficult to turn away.  Yumiki effortlessly intertwines her vocals among the electronic genius of her band that has an incredible ear for creating music masterpieces out of tones and sounds that most artists would simply dismiss. An artform that most thought went away with the legend that was Dilla where you take a sound that most would ignore and turn it into something truly magical. 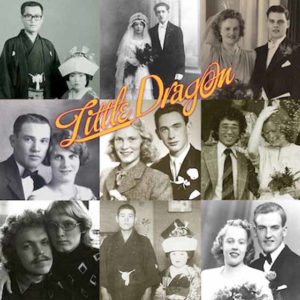 From the opening title track Ritual Union and through 11 tracks of the album, you experience songs that seem to revel in the space more than the notes and melodies themselves. Where most bands would fill the emptiness with effects and solos, Little Dragon embraces the voids and polishes their edges. The result is one of the most mentally satisfying albums we’ve heard in quite some time.  There are pop gems that could easily find a radio home if marketed correctly, such as tunes like Ritual Union and Shuffle A Dream.

Little Dragon’s pop sensitivities are completely in play here and they relish in it with complete abandon even when they’re taking occasional strolls through psychedelia with songs such as Crystalfilm and the amazing ambiance of When I Go Out.  Even when you’re certain that a song such as Little Man doesn’t have the ingredients to create something cohesive, they’re quick to prove you wrong.

Of all the tracks that you must hear off of the new album, the title track Ritual Union and When I Go Out are among the masterpieces that can be found on this collection of true electronic beauty.   Although there are no weak songs present on this album and it’s easily one of the best minimalist productions we’ve heard in quite some time.  If there were any complaints, they only stem from the hard truth of seeing them perform live first on Late Night With Jimmy Fallon since the full band performance is much fuller and satisfying as evident by their multiple sold out performances.  The Roots drummer Questlove was the latest bitten by the band which resulted in an national audience being sideswiped by an amazing band they had never heard of, but now have no choice but to listen and obey.  As with most electronic bands, the album is notably absent of live instrumentation such as drums, guitar and bass.  It’s held together with vocals, keyboards, drum machines and some amazing production values, but satisfying nonetheless.

Needless to say, the album which hit the streets July 25th is a must have for people who like new music in general. For Funkatopians, this isn’t a funk album along the lines of Parliament or Slave, but that same incredible feeling filler that we enjoyed when Peter Gabriel’s Security or Thomas Dolby’s Age of Wireless hit the streets back in the day.  It deep dives into the realm of electronica and is force to be reckoned with. We give it 4 out of 5 afros.  Get it here.  Get it now.

– As reviewed by Mr. Christopher