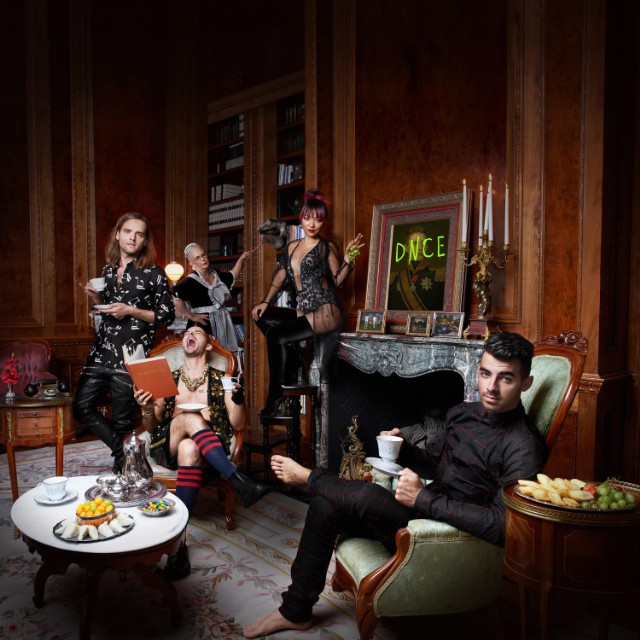 DNCE has just released the greatest pop record in years and earned the first 5 afro award that we’ve issued to an album in a long time.

For those not in the know, DNCE is a project by Joe Jonas who has put together a group of electro-pop masterful virtually unknowns who are brilliant and skillful in every sense of the word.

Among all of the pop garbage that falls on and off the airwaves, very few songs have staying power for any length of time. DNCE‘s debut single from their Swaay EP called Cake By The Ocean stayed on many charts and lived for well over a year on replay. Despite the fact that the Swaay EP featured some other amazing (and in our view, even better) tracks like Toothbrush and Pay My Rent which were just as catchy and airplay-worthy although the one remaining EP track Jinx did not make it onto the full album.

In typical record label fashion, they were given the green light for a full album after the undeniable success of the Swaay EP and people that may have expected the full album to be littered with filler to tie the strong elements together would be pleasantly surprised to find a wall to wall album packed with potential hits and over the top sick ear-worms.

The self titled album which found its way onto most of the music services last week is an end of the year blessing for pop music lovers. Joe Jonas‘ vocals are pitch perfect with the backing band of Jack Lawless on energetic drums, Cole Whittle on thick thumping bass, and the beautiful JinJoo Lee on frenetic guitar which is all impeccably put together in beautifully crafted electro-pop perfection.

There are so many highlights and strong songs, that if the singles were strategically released, this album could live for a few years on the radio and never feel old. Every song has longevity potential and a “this is going to be a hit” feel. 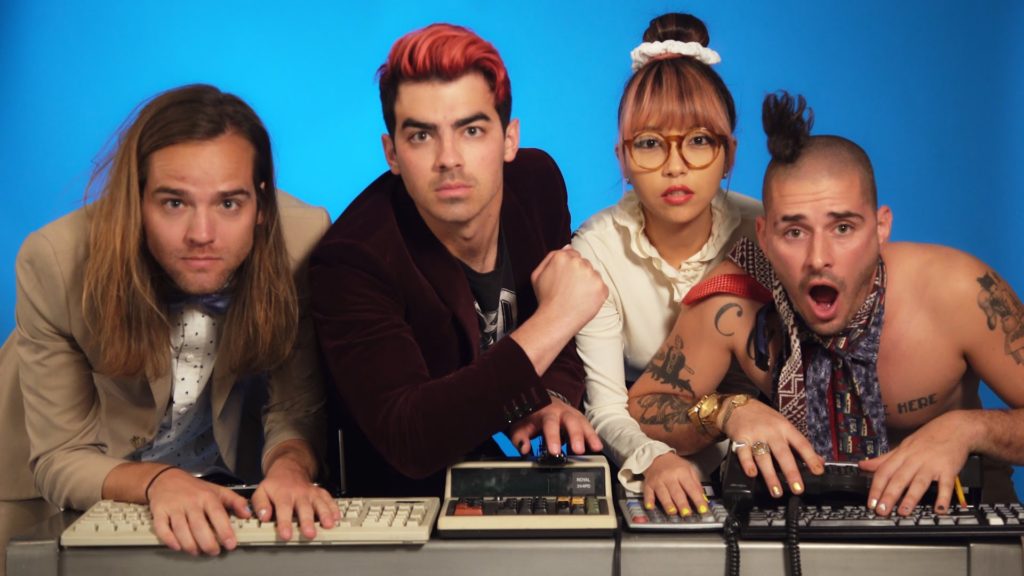 And while this seems like over the top praise for a top 40 style album, the last time we blathered on about a great pop album was Bruno Mars Unorthodox Jukebox and we’re confident that we were just as right then as we are now.

Whether it’s the fantastic cuts like the flowy bounce of Toothbrush, the Smash Mouth feel of Blown, the earworm inducing Good Day, the kinetic energy of Naked, or even the breezy calm of the acoustically laden Truthfully, you can’t lose with this self titled album from DNCE.

It is without reservation that we grant DNCE‘s self titled debut album the illustrious 5 afro award. Just because it’s that damn good. Buy it now.