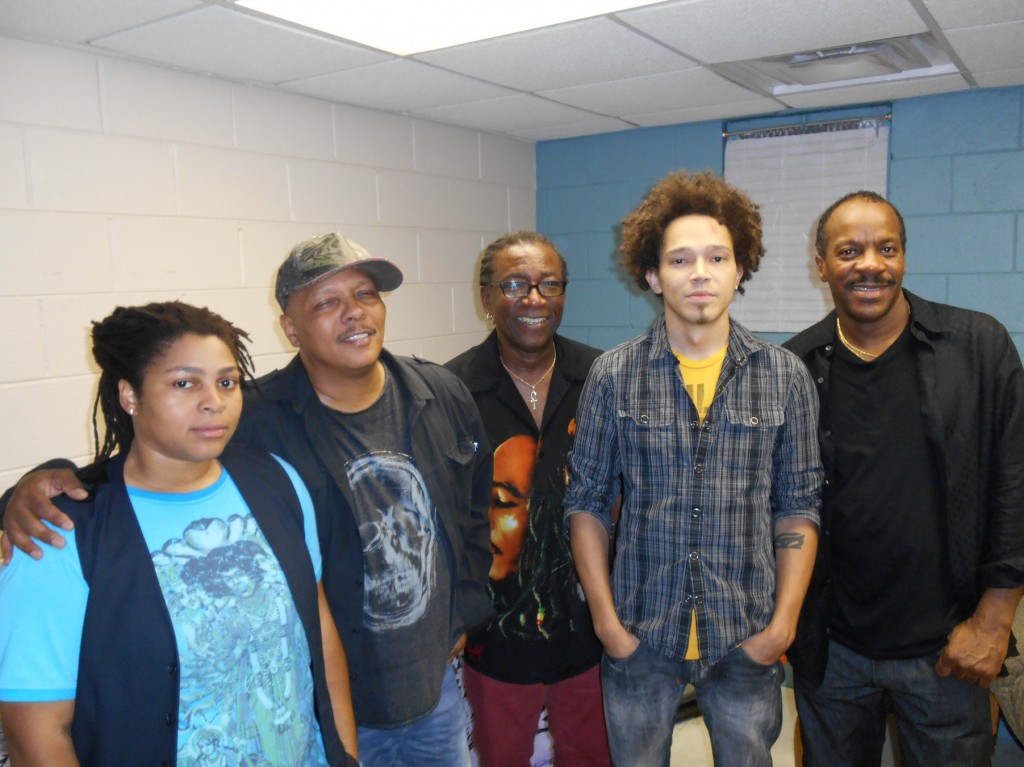 Dumpstapunk was signed on to support Lionel Richie on a few select shows and has been stomping with Lionel in Brooklyn, Atlanta, Houston and will finish up the supporting tour in San Jose and Los Angeles this week.

During thier stop in Atlanta, they performed to a nearly half filled Chastain Park venue, Dumpstaphunk rocked the crowd with fan favorites and songs off their latest release in July – Dirty Word. The phrase “double funk” may best describe this band of lifelong friends dating back nearly 30 years, as Tony Hall and Nick Daniels III are the dual combo of bass guitarists. Ivan Neville, the group’s leader, takes credit for the find, saying when he called Daniels and Hall about the original gig for the New Orleans Jazz and Heritage Festival in 2003, he simply couldn’t say “no” when both responded…and the idea was born.

“It works because they answer each other,” said Ivan Neville of the dual bass players to Funkatopia, “they sometimes play different octaves and take different roles in the songs.”

In 2011 the band added a new face and new dynamic with the addition of its first female member, drummer Nikki Glaspie, who is also on vocals. “With the addition of Nikki, we were able to do some new things and add a cool element to our latest record,” Neville said with a smile.

Dumpstaphunk is sure to be busy for the next several weeks as they continue on with their touring schedule with Lionel Richie and also continue their joint shows with many similar funk acts such as Robert Randolph, Earphunk, Trombone Shorty, Blind Boys of Alabama, and many more. Check the site for the most current dates.